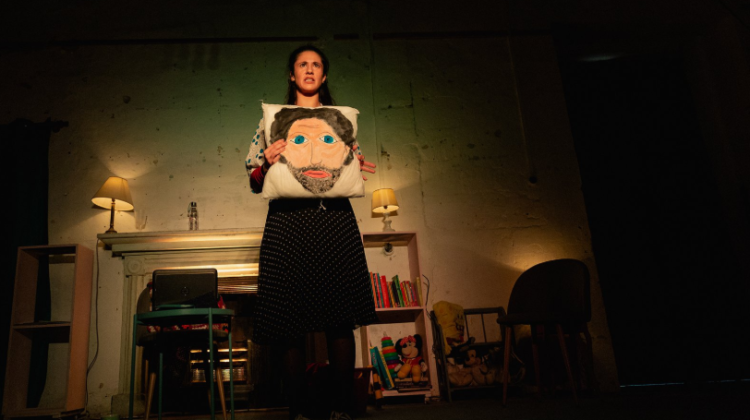 Hilarious and poignant, vaginal sores and all.

As I cackled and guffawed all throughout actress Rebecca Camilleri’s interpretation of Sunrise by Jessie Cave (FM Productions, at the Splendid in Valletta), the thought kept running through my head:

This woman is all of us.

Now, I may not have had a 24 month old relationship that produced 18 months of pregnancy and two kiddos – which is the entire premise of the one hour long, one-woman show – but amazingly, the entire piece still felt relatable as hell.

And, judging by the reactions of the full house that was watching Sunrise, by Jessie Cave, with me, I wasn’t the only one thinking this. But I’m getting ahead of myself. Let’s backtrack a second. Jessie Cave is, maybe, better known locally as the girl who gets on the wrong side of a werewolf from the Harry Potter series.

But no, forget everything you thought you knew about the actress. Her biggest claim to fame has to be this superbly funny, achingly poignant script: Sunrise, by Jessie Cave.

The narrative is based on her real life relationship with the very real life comedian Alfie Brown (incidentally, so much more good-looking in real life than the cushion version of him used in the show), their break-up and Cave’s slow and messy attempts to start dating again.

When I heard that FM Theatre were bringing Sunrise by Jessie Cave to Malta, directed by none other than Chiara Hyzler, I was immediately intrigued.

Happily, Hyzler and Camilleri more than do this wonderful piece justice, giving the audience a laugh-a-second production that feels like a cross between a less naive Bridget Jones Diary and a less annoying version of Lena Dunham’s Girls, probably because it’s totally honest.

Camilleri manages to convey this sense of honesty throughout and Hyzler’s decision to really work the intimacy of the space pays off.

Camilleri involves a couple of members of the audience to hilarious effect, never once making it awkward for them or for her. She constantly addresses us as individuals, making eye-contact and making us feel almost as though we’re having a private chat with one of our friends.

Whether she is jogging enthusiastically on the treadmill (this is a VERY energetic performance, and kudos to Camilleri for carrying it off effortlessly) or simply crossing the stage in a flurry of whirling skirts and moving limbs, there is a constant sense of intimate connection.

Camilleri combines this physical intimacy with a range of facial expressions to great comic effect. Her interactions with Alfie (cushion version) and with her eventual new ‘boyfriend’ are priceless. A simple twitch of the foot is enough to convince us that she has changed character.

She is aided in all this by a magnificent script that is just as sad as it is funny. Which one of us hasn’t stalked an Instagram account when we really should know better? And which one of us hasn’t quizzed an ex over their new sexual escapades, even though we have no right to, really.

The word ‘psycho’ is bandied around only once, but this is the beauty of the script. This woman is no psycho, but just someone trying to survive and move past the heartache of a break-up.

At some stage in our lives, we’ve all been her. Granted, maybe minus the two kids, which simplifies matters considerably, but you get the gist.

Watch this if you’re into honest theatre that doesn’t sugar-coat life, but presents it in glorious and hilarious detail – vaginal sores and all. The show is pretty sold out on most nights and FM Theatre have actually added an extra run next week, so don’t leave it too late.

Want to read other pieces about the theatre scene in Malta? is review of The Importance of Being Earnest and this one about Alfred Buttigieg’s newest script, a Teatru Malta production of L-Interrogazzjoni.

Or how about a different piece of theatre, with this story of love and intrigue set in one of Malta’s oldest Mdina palazzi?