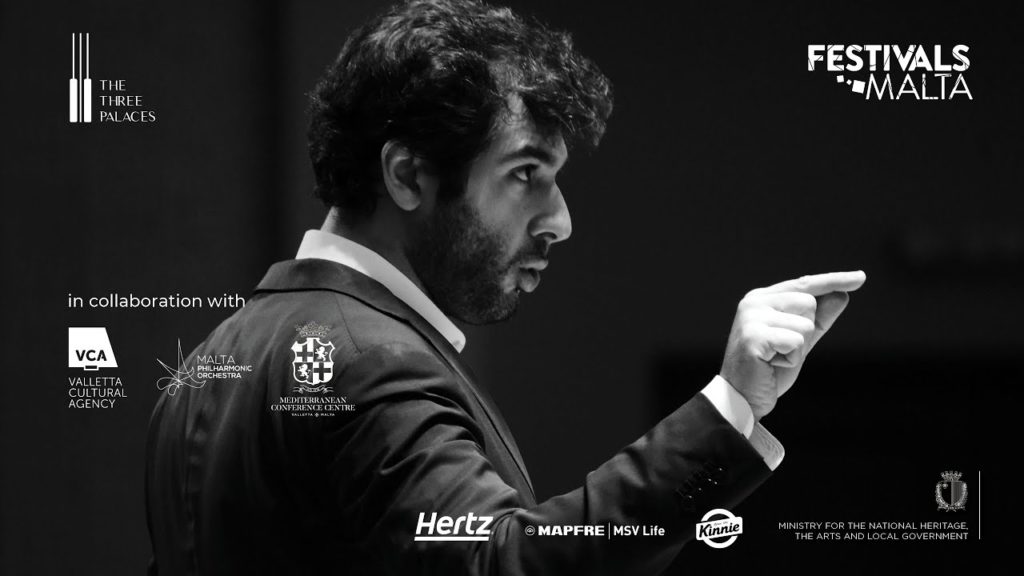 Abert G Storace enjoys this worthy tribute to Beethoven by our national orchestra.

Because of the current pandemic and all the problems it has caused to the cultural sector, the 250th anniversary of Beethoven’s birth could not be commemorated as grandly as one would have wished.

However, The Three Palaces Festival, now in its eighth edition, ensured a place for Beethoven with a performance of his Overture to Coriolanus, Op. 62, a tragedy written by Josef von Collin.

I know that festivals are prepared well before. It is normal for the following year’s programme to be already planned before a current festival runs its course. Nobody enjoying last year’s very successful festival (nor anybody else) could have predicted what 2020 would bring in its wake.

Well, here it is, a work redolent with drama and tragedy, yet not devoid of tenderness and love, glimmering with hope but at the same time not devoid of the rush of current events which are beyond control, wreak havoc creating anguish and turmoil.

Nothing new to planet Earth, turmoil always flourishes in some place or another and if there is some kind of much vaunted pax, be it romana or that of some superpower which one day must willy-nilly bite the dust, that pax flourishes at the cost of suppression and oppression.

So, one could say that if the ideas conjured by Beethoven’s music in Coriolan could apply to the current world situation it proves how timeless this music is. It follows the general mood of a play based on a character from ancient Republican Rome who some scholars think never really existed.

To this day nothing is known about the real fate of Gaius Marcius Coriolanus. Von Collin has him committing suicide while in Shakespeare’s play he is murdered.

The dark side of the tragedy was immediately established with the opening, ominous crashing chords of the orchestra. The swirling sweep of the music as it moved on was maintained with well-paced control. The orchestra’s playing was crisp and the mood changed when the music based on a nine-note theme provided a moment of reflection.

This is reminiscent of the mother of Coriolanus pleading with him to reconsider attacking Rome where he is already branded as traitor.  It was like a prolonged tug-of-war, a kind of chiaroscuro with subtle changes in every statement. It had to get back to those initial crashing only that they were even more ominous, and one knows the path followed by Coriolanus leads to his suicide underlined a very hushed conclusion.

This was a beautiful reading: whether dark, bright, warm or menacing, the Malta Philharmonic Orchestra sounded on very top form. It was a worthy tribute to Beethoven. Thanks not only to Festivals Malta and The Three Palaces Festival for this presentation but also the collaboration of the MPO, and the Valletta Cultural Agency.

The performance was recorded at the Mediterranean Conference Centre, in Valletta, and featured the Malta Philharmonic Orchestra directed by Sergey Smbatyan, with Marcelline Agius as leader.