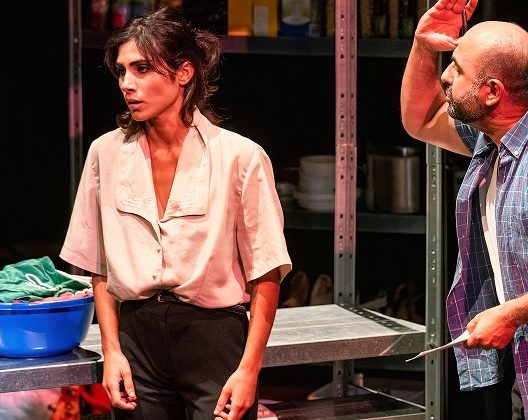 After attending the opening night of Ta’ Fuqha Senduqha at Spazju Kreattiv, my overwhelming feeling on leaving theatre was that this is a play with huge potential.

Written by Andre Mangion, the narrative follows the downward spiral of a young woman who finds herself in a vulnerable situation, highlighting the decisions that lead her there, and the shortcomings of a social structure that fails to provide support to those who need it.

And therein lies the play’s failing. In attempting to highlight so many different social issues, it dilutes the message to the extent that it’s lost on the audience.

Irvine Welsh being the clear exception, I feel writers need to be wary of throwing all of society’s ailments plus (spoiler alert) a dead baby into one big soup of misery. While such cumulative situations do occur in real life, Mangion’s approach needed nuance and, instead of packing a punch, felt clichéd and predictable.

The script could have done with shaving off the last 20 minutes. Once we got to the big climax there was no value in hammering the main points home, yet again. We get it – the boyfriend is scum, the father is scum, the woman who refuses to help is scum and the protagonist is stuck in a vicious cycle. Which is exactly what happens to this script.

That said, these are all issues that could have easily been resolved via workshopping, hence my belief that Ta’ Fuqha Senduqha carries good potential. Mangion has a gift for natural dialogue and colloquialisms, often times raising a chuckle in the direst of situations. I would love to see this again after it has been through a sound workshop process.

If there are two things that didn’t fall flat, these were acting and direction. Director Toni Attard leads a superb cast, most taking on double roles and excelling at it.

Michela Farrugia as the protagonist Ruth brings both pathos and subtle humour to the role, and it’s easy to see her as the girl next door who falls on hard times. Clint Chircop switches from deadbeat boyfriend to obnoxious yuppy with ease and credibility. Charles Sammut is evil patriarchy personified as Ruth’s father and police inspector respectively, while Josette Ciappara brings in much needed comic relief.

If you’d like to read other Malta theatre and lifestyle pieces, check out Ma Kuraġġ u Wliedha, FM Theatre’s Ross and Rachel and Ġiraffa Ħarbet Minn Kastilja.