You are here: Home / THEATRE / FM Theatre’s Ross and Rachel 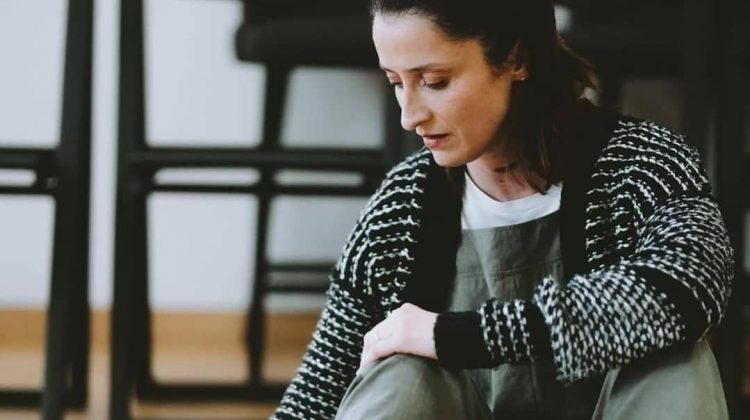 I walked into FM Theatre’s Ross and Rachel blind, knowing that the 90-minute long monologue is loosely based around the iconic relationship from the sitcom Friends, but having no idea about the direction it takes.

I was also not expecting much, I’ll be honest. I mean, that particular relationship has been way over-hyped and a recent reviewing of the entire series confirmed my suspicions: Ross was annoying AF.

I figured that the one-hander, scripted by James Fritz, performed by Maria Buckle and directed by Antonella Mifsud at the recently opened Theatre Next Door in Maghtab were of a chill, pleasant evening at best. You know, like rewatching an episode of Friends.

Well, damn was I wrong. For Ross and Rachel, Buckle and Mifsud take an unsuspecting audience on an emotionally-charged ride that doesn’t let up for one minute. While the play is called Ross and Rachel, and there are a couple of references to *the* Ross and Rachel (We were on a….), it’s not really about them. Think of this as The One That Makes You Question All Relationships. Or The One With The Sociopathic Needy A-Hole (oh, wait).

While I refuse to call it a duologue, the format alternates between Ross’s and Rachel’s perspectives, always performed by the same actor – Buckle. The stage is bare, consisting of just one single sofa. Nothing else is needed, as Buckle carries the weight of the entire performance on her shoulder.

From the moment she steps on stage she has the audience eating out of her hand. She alternates from Rachel to Ross without once faltering, in a rapid-fire series of situations that require her to switch mood and tone seamlessly. Which she does brilliantly.

Buckle has a gift for engaging directly with the audience without making the exchange feel trite. We sing happy birthday, laugh and clap on command and she gets us to do this effortlessly.

To say that Buckle delivers a solid performance would be an understatement.  It is notoriously difficult to keep the audience continuously engaged in a one-hander, and Ross and Rachel is a more difficult one-hander than most, as personalities, situations and time-frames change swiftly. Buckle does this without ever confusing the audience. Right up to the end we know exactly who is speaking and what the situation is.

This is also thanks to expert direction from Mifsud, who opted to use minimal props and to focus on tight timing and very precise lighting shifts to indicate place, person and location. The performance depended on a complete synergy between Buckle and Chris Gatt’s lighting, a synergy that only faltered negligibly for one of the switches and placed itself back on track almost immediately.

When the play ended, and long after Buckle had disappeared backstage, no one moved. We clapped some more and sat down again. I think we were all a bit shell-shocked. Ross and Rachel will leave you raw and there is a multitude of triggers, from suicide to emotional abuse. But it’s well worth the ride.

Ross and Rachel runs at the newly-opened Theatre Next Door until tomorrow (May 22). For other theatre reviews check out Giraffa Harbet Minn Kastilja, MADC’s Wait Until Dark and Alan Turing’s Breaking The Code.