You are here: Home / THEATRE / Castillo – Take Two does theatre 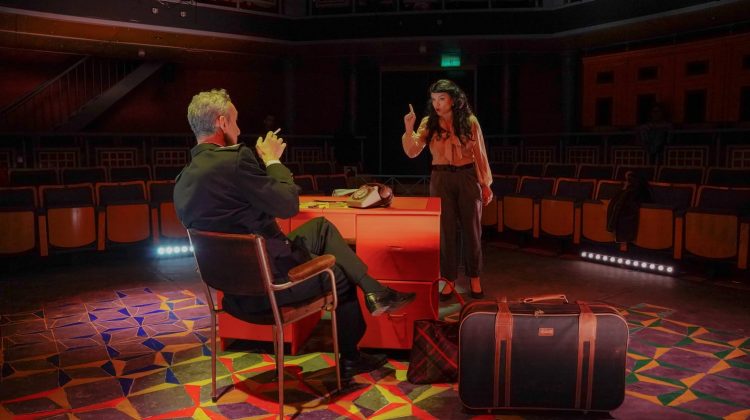 Castillo by Take Two – not a theatre production I was expecting, I will be honest. And yet, in many ways it made sense.

Anyone who has read Clare Azzopardi’s original novel (upon which this production is based) will be aware of the complex web of characters and narratives that continuously jump across two timelines.

My first thoughts were that this would not be an easy one to translate to theatre, for a number of reasons. Various locations would need to be recreated within the very intimate Spazju Kreattiv stage, where the play is being produced. How would the challenge be approached?

The other major stumbling block in my mind was the sheer number of characters that are integral to the story arc.

I sat down to watch Carlos Debattista’s theatre adaptation with mixed expectations. I won’t spend too long explaining the plot, as it is too easy to give away crucial elements. The action centres around Amanda (Analise Mifsud) –  young mother-to-be with a complicated family history. When her father dies, she is forced to reconnect with Emma, the mother who upped and left the family when Amanda was seven.

The x-factor in the story: right before Emma leaves the family home, her sister Cathy (Rachel Genovese) is killed in a car bomb. This was 1980s Malta and Cathy happened to be the author of a popular series about an ostensibly fictional police commissioner called Castillo. You can already start joining your own dots.

The story jumps continuously between past and present before reaching a very poignant conclusion.

The production is nothing short of excellent, and several factors contribute to this. Director Abigail Mallia opted for a very ingenious way to bring together the two timelines, with the actors representing the present day and those from the past sharing the stage together in a brilliant pas de quattre.

Of course, she wouldn’t have been able to pull this off with lesser actors. Watching two sets of dialogues unfold together at the same time, often one mirroring the other, was exalting.

There were a couple of instances when detail was lost on the audience, especially as dialogue got more and more het up, but the sacrifice was justified. Respect goes to Mallia for the expertly directed choreography, and to the actors for executing it so well.

Christopher Gatt’s lighting and staging effects are equally clever, effortlessly solving the issue of bringing about four to five different locations to a few metres squared. The mechanics worked smoothly throughout and lighting never missed a cue.

The acting is of a very high standard throughout. Particular mentions go to Simone Spiteri and Simone Zammit as the young and old Emma respectively, and to Mark Doneo as the titular Castillo.

The latter effortlessly transfers his considerable talents from camera to theatre boards, creating a seductively complicated Castillo who makes us cringe and laugh in equal measure. His comic timing is impeccable and he switches from self-deprecation to cynicism,  to concern to light-hearted humour seamlessly. Definitely the brightest star in this constellation. One of the final scenes is a masterpiece of fast-paced acting that Doneo pretty much carries off single-handedly.

A few niggles. I watched the opening night, and it was clear the actors hadn’t yet fully grasped how to make the small space work for them in the more physical scenes, with a chair flying across the room and landing way too close for comfort to a member of the audience.

The same happened during a few of the scuffles, and with decibels being employed rather than voice projection. Small niggles in the great scheme of things, which were possibly adjusted on the subsequent nights.

Kudos to Take Two for expanding to theatre. If this first endeavour is a sign of things to come, I really hope that this will be a continuing focus in the future, as the theatre adaptation fully does justice to the original novel, also thanks to Debattista’s intuitive adaptation.  Go watch the play and prepare to be impressed. Castillo is part of the Spazju Kreattiv programme.