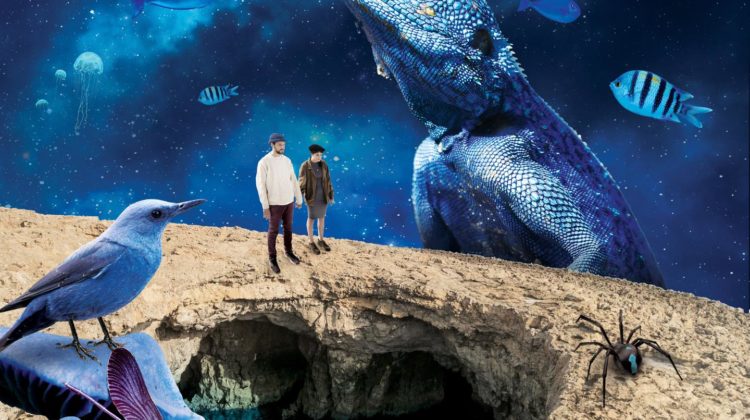 “Kemm hi iebsa din il-ħajja, ftit inżul u ħafna tlajja.”This recurring theme in Brodu’s new, surprise album Blu, could very well be the leitmotif of this past year and the new one. At first glance, you may think that this third offering by the band – Mark iz-Zizza, il-Fre, Chris Mallia, id-Drinu and Samwel Attard – simply continues to build on the tradition of torment birthed by the band’s debut album, the giant that was Ħabullabullojb.

But no. There is pathos, and emotional pain all right throughout Blu. But what this album, undeniably, gives us is an honest ode to love in all its forms, punctuated with as much hope as it is with despair. Blu is absurd and surreal in parts. But it is also enthralling, candid and heartfelt throughout, taking us on a musical journey that speaks to the fears and hopes that everyone who has experienced love will immediately recognise.

As we’ve come to expect from all Brodu works, the result is both painful and cathartic. I would almost describe Blu as a concept album, a journey into the murky depths of love as we know it today. Lyrically, it is impeccable, the gorgeous use of the Maltese language once again shining through. Metaphors are used to fantastic imagery throughout all tracks – sometimes inspiring sadness, sometimes joy, sometimes even verging on the ridiculous. But against all probabilities, always effective.

Words that will cut deep for anyone who has ever become entangled in a relationship. Because, while Blu may not be as dark as its predecessors, do not expect any sugar-coating either, as human emotions are played out for the glorious mess that they usually are.

Blu, in fact closes with the afore-mentioned Ħondoq Ħurrieq and Pupazz, two tracks that belie the innocent hope that courses throughout most of the album. We have no final, Dantesque glimpse of the heavenly. Instead, we have the most poignant of closing tracks, Pupazz, which mentally takes us back to Sieħbi Jħobb il-Lejl from the band’s first album.

But amidst the darkness there is joy, too, in a manifest maturity of emotions that also reflects the growing maturity of the band. Thus, we have tracks like Irranġani – “Mument miegħek u nħossni ħaj. Irrid inħossni ħaj” – a humbling plea in gloriously subdued melody. Minjiera Blu, featuring Joon, is ethereal and childlike, evoking images of fairytales and promises in a world where nothing could possibly go wrong, and “tfal, sireni u kull tip ta’ ħlejqa jgħixu ferħanin“. I can easily see this one becoming a crowd favourite, Joon’s whispering of the lyrics almost reminiscent of a kid recounting a bed-time story. But of course, this is Brodu, so the darkness is never too far behind.

But for me, it is this line from Kemm Hi Sabiħa l-Ħajja (featuring Mario Vella) that truly characterizes the mood of Blu: “Kemm hi sabiħa din il-ħajja; minkejja il-ftit inżul u l-ħafna tlajja.” A line that is sublime in its humanity, much like the entire album itself.

It is difficult to choose a favourite track from the album. Balzmu stands out for its hip-hop vibe, very distinct from the other eight tracks; Julia for the pure sexual intensity of the metaphors; Minjiera Blu for its ethereal vocals and melodies; Litanija for the way it corrupts the religious ritual we are all so familiar with into a sensual interplay between the male and female vocals. Indeed the spiritual undertones are ubiquitous throughout the album, with many of the tracks including lyrics that draw from religious imagery that most of us will be familiar with. Each track flows seamlessly into the next, gifting us with fierce emotions that linger long after you press ‘stop’.

Brodu will be launching Blu with a performance at St James Cavalier in Valletta on March 19, 20 and 21 and meantime you can listen to the album here on Bandcamp.

To read more posts about Malta’s music scene, check this single by Hearts Beating in Time, or Superlove’s limited edition release, or this new video from Keepsake.