You are here: Home / ARTS / Gabriel Buttigieg’s The Beach returns to Malta 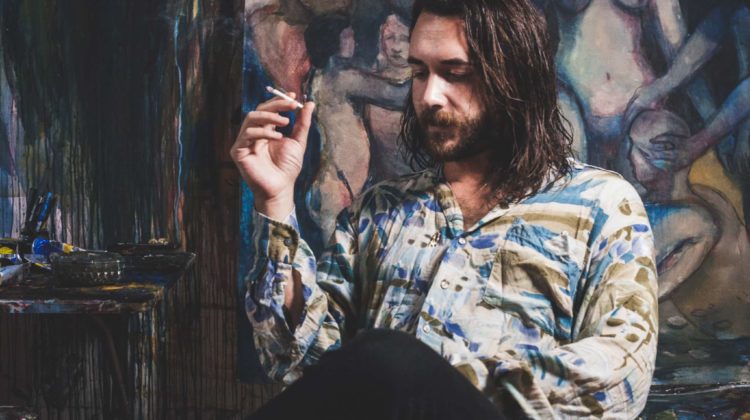 “Sensuality is part and parcel of being human.”

After Gabriel Buttigieg’s The Beach was exhibited to a highly-appreciative audience in Gdansk, Poland, it’s time for the collection to make its way back to our shores for a showing that the local visual arts community has all been looking forward to.

Buttigieg describes the trip to Poland as an amazing journey that started off following a conversation with Malta’s Ambassador to Poland John Paul Grech, who wished to forge a stronger connection between the two countries.

“Both have such a deep-seated link to the sea, albeit in different manners,” Buttigieg explains.

The trip was fully funded by Arts Council Malta, and the Embassy of Malta in Warsaw, without the support of which Buttigieg explains the venture could not have seen the light of day.

“I am also grateful to a number of individuals who supported me, namely Vince Briffa, who was my artistic mentor, and Sarah Farrugia, who handled the administrative side of the project, as well as other important people in my life, without whom none of this could have been possible,” he says.

Now, just as the island is easing out of COVID-19 restrictions, it’s time for Gabriel Buttigieg’s The Beach to come back on home turf in what will probably be one of the first visual arts exhibition to be organised post-pandemic.

I can’t help as one thing: for some, the nature of this artist’s works might be considered controversial. How did Gdansk react to Gabriel Buttigieg’s The Beach?

“My paintings are controversial in the sense that they evoke basic human emotions, which may be unsettling for some who do not embrace the polarities in their nature. From the evolutionary perspective, my paintings are suggestive of universal themes, which weave the fabric of our individual and collective lives – angst, sensuality, despair, redemption,” Buttigieg says.

“Humanity shares collective concerns, and being fully aware of the commonalities of emotions and behaviour among human beings helped to alleviate any anxiety I might have had in relation to exhibiting in a possibly conventional culture.”

So what reactions did the exhibition receive?

“It was very well-received. The audience was extremely receptive to the prevalent motifs in the works, ranging from the tribal and archaic, to dark liminal deterministic spaces, to fluid Mediterranean landscapes. The paintings, underpinned by entrenched themes of universal human concerns, appealed greatly to the artistically mature audience, and the visual impact of the phallic work was greatly appreciated,” he says.

Of course, the works within themselves conjure a very Mediterranean identity – did Buttigeig always have the intention of exhibiting them in Malta?

“Yes. The project as entrusted to me by Dr Grech was meant to target both Gdansk and Malta, with two exhibitions of the same series of paintings being planned. The series was meant to transmit the Mediterranean warm ambiance and hues to a colder context, with the warmth being evident in the palette and the figural depiction chosen.

From a logistics point of view – did the pandemic affect the upcoming exhibition at all?

“The pandemic definitely impacted the opening of the exhibition, as it was considered wise to make do without the launch, in the interest of public safety. However, it is a relief to note that the works can be exhibited as, for some time, the postponement of the exhibition was a strong possibility. All safety measures will be adhered to, so that the public can enjoy the exhibition without concern. On the positive side, the pandemic gave me the space to think about the creative and technical aspects of my art, in its entirety.

Moreover, during the last months, I have concluded a series entitled Lands, which focuses on the fluid feminine form. I have recently also started working on another series entitled Mediterra, as part of an exhibition to be held in Piacenza, Italy, which once again features large-scale paintings.

Would you say The Beach is an evolution of the concept you showed in your earlier exhibition in Valletta, Saudade? Is there any link between the two?

Not really, at least on a conscious level, in that the exhibitions were focused on different subject matters. Saudade was a transitory experience, containing elements which were somewhat dreamlike and nebulous in approach. However, the new series which I have just started working on, Mediterra, concludes what The Beach started, and I consider it an extension of the primitive, the deterministic, and the Mediterranean, with aspects of the existential being ever present.

One thing that has always left a mark on me when enjoying Buttigieg’s art is what I feel to be an underlying Mediterranean langour. I ask him whether he agrees that this very culture informs the way he approaches sexuality in his works.

Surprisingly, the answer is “no”.

“Sensuality is of great importance in my works, as is the Mediterranean and other psychological themes. However, I believe that the themes which interest me are of a universal nature and not intrinsically linked to the insular island mentality.”

He adds that he tentatively explores various cultures in his art forms, ever-ready to learn and expand his knowledge and understanding of how different cultures view the human form.

“Sensuality is part and parcel of being human, and pinning it solely to its Mediterranean elements would be reductionist in approach. I intend to continue developing further in this area, and I am sure that universal facets of sensuality will continue to feature heavily in future works,” he concludes.

Gabriel Buttigieg’s The Beach will be held at Splendid in Valletta, between July 18 and 25.

For more visual arts posts, check out this feature about ARTZ ID, Malta’s new platform bringing artists together, or this interview about the work being done by the Gabriel Caruana Foundation.