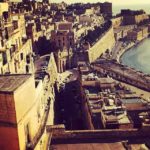 Time for another rant, and this time it is personal. Most of you who have followed my writings through the years are aware of my credentials as 'Beltija ħarxa'. Not my choice of words, but hey... if it fits. And you are also aware of the number of times I have voiced the complaints of those who still brave living in Valletta (some of them my own family members), through … END_OF_DOCUMENT_TOKEN_TO_BE_REPLACED 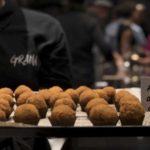 What: An invitation to the press launch of Grana restaurant. Where: In Gzira, part of the NEU collection. Why: Because I'm a pasta, pizza and risotto hound, is why. Grana Restaurant opened its doors to the press last week, so off I trotted to break yet another promise to put the brakes on calories ingested. This opening was a big affair, with what seemed like half … END_OF_DOCUMENT_TOKEN_TO_BE_REPLACED 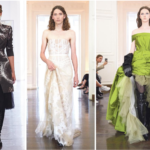 ... and slayed But first, he showed off Nocturnal Artefacts in Malta, at the stunning Palazzo Falson in Mdina, which truly provided an evocative backdrop for models and outfits. Here is a sneak peak of some video captures. The entire Nocturnal Artefacts project and fashion show was supported by Arts Council Malta's Cultural Export Fund. Oh yeah, totally digging the … END_OF_DOCUMENT_TOKEN_TO_BE_REPLACED 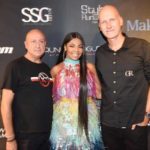 Like, for reals. Even Ashanti is now in love with Charles & Ron. Earlier this month, Malta's designer darlings Charles & Ron launched their latest fashion collection during New York Fashion Week. The show was part of the Art Hearts Fashion Week supported by Aids Health Care and was held at the Neo Gothic NYC landmark the Angel Orensanz Foundation. By now … END_OF_DOCUMENT_TOKEN_TO_BE_REPLACED 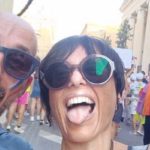 The music, the floats, the allies, the fabulous. Last Saturday saw Valletta serving INCREDIBLE rainbow vibes as LGBTIQ people and allies gathered together to party for a good cause - raising awareness about civil rights and equality. while celebrating Malta Pride. The sheer amount of people, including families kids and pets was heart-warming. As was the amount of … END_OF_DOCUMENT_TOKEN_TO_BE_REPLACED