You are here: Home / NEWS / Birżebbuġa gets double-glazing… while Valletta can’t get no sleep 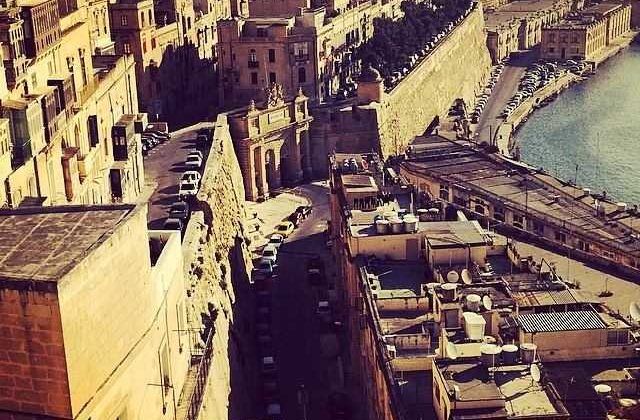 Time for another rant, and this time it is personal.

Most of you who have followed my writings through the years are aware of my credentials as ‘Beltija ħarxa’. Not my choice of words, but hey… if it fits.

And you are also aware of the number of times I have voiced the complaints of those who still brave living in Valletta (some of them my own family members), through countless concerts, parades, festivals, demonstrations, the pain that was the entire year of Valletta 2018 and… the worst of the lot… the continuous opening of so-called lounge bars that pretty much double up as clubs, playing music late through the night.

Walk down Strait Street or Merchant’s Street on any give day between Wednesday and Sunday after 11PM and you will be treated to a level of decibels that would make me want to take a hatchet to its source, were I to be living right on top.

How do I know this? Because residents HAVE invited me upstairs in order to see for myself what they have to put up with at 11PM and onwards. Oh yeah, because remember the 11PM rule? It’s bull.

In no way am I trying to remove anything from the needs of Birżebbuġa residents, of course. Their inconvenience should certainly be addressed.

This has been the status quo for the past few years, you may say. Indeed, it has. So what has inspired today’s rant? The blithe announcement by Minister Konrad Mizzi that Birżebbuġa residents are to be offered a grant of up to €2,000 for double glazing as part of a government drive to reduce the inconvenience of noise pollution from the nearby Freeport.

What about the not inconsiderable inconvenience of being over 60+ years old and trying to sleep while frigging Senorita is blaring from the bar right underneath your house? Every. Single. Day.

Well, the song may change but the decibels don’t.

In no way am I trying to remove anything from the needs of Birżebbuġa residents, of course. Their inconvenience should certainly be addressed. No-one should be made to live with constant noise pollution. It tends to drive people insane, which could explain a lot of things in this country.

But when is Minister Konrad Mizzi going to do something about the plight of Valletta residents? And of other residents, for that matter, given that noise pollution is a reality in a lot of popular localities (try Hamrun, Lija, Birkirkara, Mosta, St Julian’s … need I go on?)

People tend to write about what they know, and this I know. The situation in Valletta is fast becoming untenable for residents. Loud music on professional speakers is played well into the night. When doors are closed, the vibrations that run through the entire buildings still make it impossible for residents to catch a break. And if it’s not music, it is a gaggle of people smoking and chatting outside, more often than not drunk – which makes them even louder.

*YOU* try catching a good night’s rest in that situation.

So, where’s the double-glazing for Valletta residents, Minister?

The grant will reportedly cover 90% of double-glazing costings, with the bill being footed by the Tourism Ministry and the Freeport. Why is there no such requirement being brought upon the Valletta entertainment venues?

What were the criteria used for deciding about which locality gets free double-glazing?

Do some residents deserve a good night’s sleep more than others?

Or maybe that’s the whole idea? To chase the older residents out of the city.

Want to read more about Valletta? Check this out, and this too.