You are here: Home / ARTS / ŻiguŻajg 2020: A Strong Direction that Celebrates its 10 year legacy 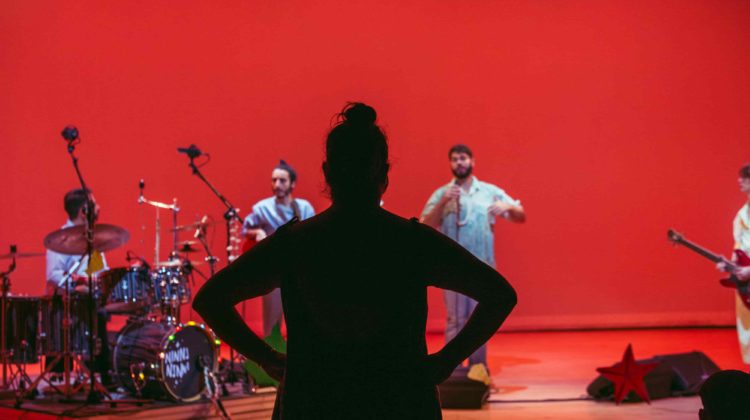 ŻiguŻajg 2020 is an eagerly-awaited event on our cultural landscape, and this year promised to be even more special, it being the 10th year anniversary. But of course, the milestone date for this children and young people’s festival that is organised annually by Spazju Kreattiv also brought with it some other things – some good, others less so.

COVID-19 falls squarely in the ‘less so’ column, as it meant that the decision was taken to migrate the festival online. But it also introduced a new artistic director – Marta Vella, taking over from the sterling work done in the past decade by new Spazju Kreattiv artistic director Daniel Azzopardi.

I was naturally very curious to see what Vella would do with her first ŻiguŻajg edition. Would she continue building on what Azzopardi had already achieved? Would she give the festival new direction, would she introduce new elements?

Even though, given the pandemic situation, it was not exactly the most auspicious of beginnings for her, now that ŻiguŻajg 2020 comes to an end soon it is easy to see that the young director, scriptwriter and actress rose to the occasion beautifully.

Yes, she has continued building on Azzopardi’s legacy indeed, who can rest easy in the knowledge that the festival is in very capable hands. And, even with this first edition, she has already succeeded in leaving her own mark in the best of ways.

The programming this year was fresh as ever, and I was extremely pleased to see a very strong slant towards including a discussion about all sorts of important issues. All productions had a strong educational element, and it was not only the older audiences that were given the opportunity to discuss difficult topics, but even the younger ones.

Of particular note – Fab Fantasy Fables with Chucky, where we saw everything from social media dependency to gender normative expectations highlighted thanks to a set of fables with a twist. I am a firm follower of the school of thought that the creative arts play an important role in introducing tough themes for the younger ones, and clearly the approach of this production succeeded in its intent.

For considerably older students, Alice In Wonderless Land took a no-holds-barred approach to feminist, DIY theatre. I do hope that schools take up this opportunity to include the production in their curriculum, because today’s generation deserves no less in terms of education and self-awareness.

I particularly appreciated how the ŻiguŻajg 2020 programming also focused on introducing less typical artforms to the little ones. Thus, Ninni Ninni saw a multi-disciplinary project presenting a fusion of jazz and animation to the youngest of audiences. Each 30-minute episode explored lullabies from around the world, and was a charming way to counteract the reputation that jazz has gathered over the years, that of being rather inaccessible.

The Stage Door, also intended for the youngest audiences, continued along this vein of offering the unexpected, this time via an online mentorship programme in the art of cabaret. Again, not the usual genre, so kudos to the team behind it and to Vella for including it in the programming.

Ineż (Kienet Perfetta) was another revelation, a clever theatrical piece dealing with social pressures and expectations via an intriguing narrative; as was Follow Fruit with Fig, focusing on the importance of communication via a multi-sensory adventure that I’m sure also kept the parents entertained.

I was very happy to see that the vast majority of performances included an interactive element – despite the events taking place online, this obstacle was skillfully and ingeniously surmounted. It also meant that all those watching could participate in this interactive part with no pressure at all.

A number of performances were bilingual, an aspect that I was likewise pleased to note. The Maltese version were far from being an after-thought, and possessed their own different artistic identity – more kudos are in order.

Finally, a word about the online nature of the festival. I do believe that this has actually helped reach a bigger audience than usual. Performances were very reasonably priced and offered flexibility. Equally importantly, they were conceived for the online platform from the very start, with equal importance given to the video production values as was given to the artform itself.

Against all adversities, Vella has delivered a ŻiguŻajg 2020 that is an unqualified success. It was just the breath of fresh air and optimism that we all needed.

For more arts related pieces, check out Riley’s Manic Magic, a re-interpretation of Nosferatu or this celebration of Beethoven’s 250th.