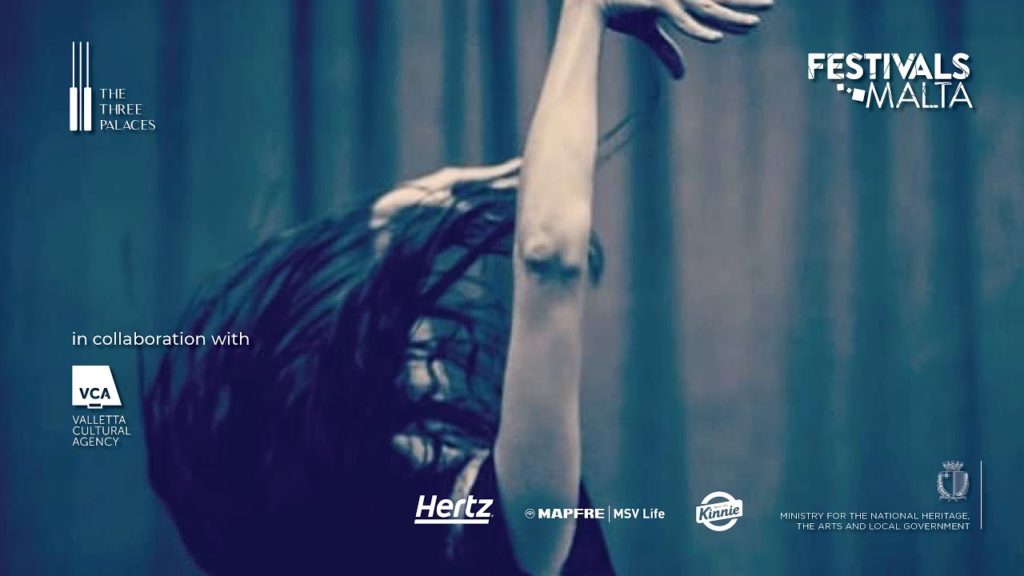 Beethoven’s 250th anniversary is, understandably, a favourite theme for many of this year’s arts festivals – happily, including the Three Palaces Festival. With a title like Heiligenstadt – Another world inside, I was very intrigued to discover how artistic director Michelle Castelletti chose to approach the theme. Would she manage to find a new angle to what is a recurring focus for 2020?

I had high hopes from the very start – the Heiligenstadt Testament is a very novel approach to use as springboard for a celebration of Beethoven. The obvious choice of many might have been to opt for a straightforward celebration of one of Beethoven’s many, well-loved works.

Not that there would have been anything wrong with that but – thankfully – we’ve come to realise that Castelletti (who also created the actual concept and orchestral score for this performance) never goes for the obvious.

So first, a word about the Heiligenstadt Testament, for those who are unfamiliar. This refers to a letter that Beethoven penned to his two brothers in 1802, the topic being his despair at his increasing deafness. The Three Palace Festival’s offering takes inspiration from this letter to create a truly striking performance.

Thus, we are treated to Heiligenstadt – Another world inside, a multi-disciplinary effort that creates a soundscape in monochrome, luring us into a vortex of emotions beautifully transposed through dance, music, words and daring cinematography.

Heiligenstadt – Another world inside is filmed at the Valletta Campus Theatre – the minimalist stage is the perfect choice for this piece, imbuing it with a heightened raw and stark feel, creating a very sombre and dramatic aura as necessitated by the theme.

Thus, Heiligenstadt – Another world inside seeks (successfully) to replicate this despair via a fusion of artistic platforms, at the core of which lies contemporary dance.

Choreography is spectacularly conceived by Francesca Tranter (choreography, dramaturgy, light design and costume design) after a lengthy creative process with Renzo Spiteri (music composition, production & sound design) and Castelletti. It is equally spectacularly brought to life by dancer Zoe Camilleri, whose movements – gorgeously on point – bring just the right touch of drama necessitated by the piece.

Interspersed with the music and movement is the voice of a man – Antony Eldridge – adding just the right nuance without detracting from everything else that is going on.

Contemporary dance is always viewed as somewhat inaccessible by us ordinary mortals, but hats off to Tranter for making this piece eminently enjoyable and so easy to relate to emotionally.

Which leaves us with those other crucial elements – the music composition by Spiteri, who was inspired to give musical life to the strong emotions conveyed in Beethoven’s letter, together with an interjection by Castelletti. The end result is nothing short of stunning.

Grosse Fuge, the single movement work that is given a new space by this performance, was the subject of such controversy when it was first presented to the public in 1827, and written when Beethoven was almost completely deaf, takes its rightful place amidst the scions of contemporary music.

Perhaps, when it was first composed, the piece was too ahead of its time. Under Castelletti’s and Spiteri’s ministrations, it emerges as the astoundingly powerful statement that it is. The music rages, deliberately discordant at times, with Spiteri’s flawless technique and an innate affinity for exalting contemporary sounds, revealing layers of beauty.

The work as a whole, which is Spiteri’s composition, is pulsating and introspective at the same time.  Spiteri is masterful in his craft and artistry, creating a work that is as powerful as what it is trying to convey.

Heiligenstadt – Another world inside resonates incredibly with the times we live in. Essentially, the over-arching theme of isolation is one that is eminently relatable, as we face a new way of living, and this is also reflected in the dramaturgy. Certainly, one that I will be re-watching, thanks to this year’s boon of being able to enjoy all performances online.

Want to learn more about the Three Palaces Festival, which is organised by Festivals Malta? Check out this critical analysis of Transformations & Translations. For other arts-related pieces, check out this interview with artist Gabriel Buttigieg.

2 thoughts on “Watch: Three Palaces Festival, Heiligenstadt – Another world inside”