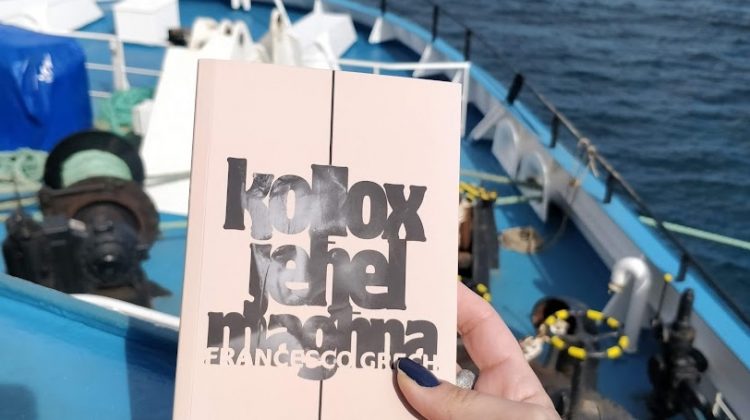 Life With No Filters

It’s a shame I’m not reviewing Francesco Grech’s kollox jeħel magħna in Maltese, but not gonna lie – proofing in Maltese takes me forever and a day, so here goes.

I got my first glimpse of kollox jeħel magħna when asked to do a reading at the Studio Solipsis book launch. A handful of poems as a sneak preview, most of them four, or even two, liners. Almost a Facebook status, you might say. I started reading nonchalantly, but with the first two lines I was hooked.

Francesco Grech’s verses are touchingly romantic. But without the frills and flowers that we associate with 21st century romance. This isn’t the filtered, auto-tuned romanticism that makes the final cut on TikTok. Rather, it’s what Grech himself refers to as the ‘unpublished drafts’ that will never see the light of social media.

Grech latches on to our deepest fears and pain and throws it all out there, publishing it for everyone to see.

Courageous, and also very seductive in a world where few of us are willing to strip ourselves, warts and all. Being allowed into someone’s vulnerabilities (or, as Grech puts it,  kemm hu sabiħ li tkun vulnerabbli) is heady indeed. It’s almost as though the author decided to share his private diary with me, and I find it difficult not to be charmed by his honesty.

Grech refers to these anecdotes as his ‘fails’. In reality, they’re everyone’s fails, wounds that we have all licked in private at some time in our lives.  His poems highlight a facet of humanity that nowadays gets swept under the carpet away from prying eyes. The 5AM post-Paceville blues after you realise you’ve fallen for a piece of shit. The feelings of inadequacy that come with new sexual experiences. The darkness that descends with betrayal. First love, first pain, first realisations of just how fucked up everyone is, really.

The poems (and some prose) also touch upon the writer’s life growing up in Gozo as a gay teenager. An extra layer of complications that those of us who form part of the hetero-normative world don’t have to contend with. But this doesn’t make it any less real for those who do.

The darkness in these poems is unfiltered. I read the final words in Global Warming and Meta Tintefa l-Bozza like a cold fist had found its way inside my stomach.

We are exposed to so much media about people with mental health issues that we have almost become desensitised. Mostly because it is reported via clickbait headers intended to titillate, rather than make us reflect.

Grech’s verses are shocking, too. But this is not the superficial shock created by someone in search of attention for its own sake. It’s the kind of shock that keeps your mind on the issue for hours, swirling it and analyzing it from all angles. And making you just a little bit more human in the process.

I would encourage Grech to take his thoughts further than the ‘Facebook status’ or ‘Tweet’ style in his next endeavours. There are writings in kollox jeħel magħna that work perfectly as they are, while others can already be further expanded into pieces that go beyond the initial hook, giving readers a deeper nuance. I look forward to seeing Grech’s work mature.