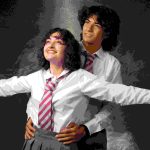 Photo: Darrin Zammit-Lupi Spring Awakening is one of those plays that somehow, despite being written in the 19th-century, remains as relevant as ever. I was curious to see what the producers, Adrian Buckle and the Malta Drama Centre, would do with the current production showing at Spazju Kreattiv, especially as this is not the first time the script is being tackled in … END_OF_DOCUMENT_TOKEN_TO_BE_REPLACED