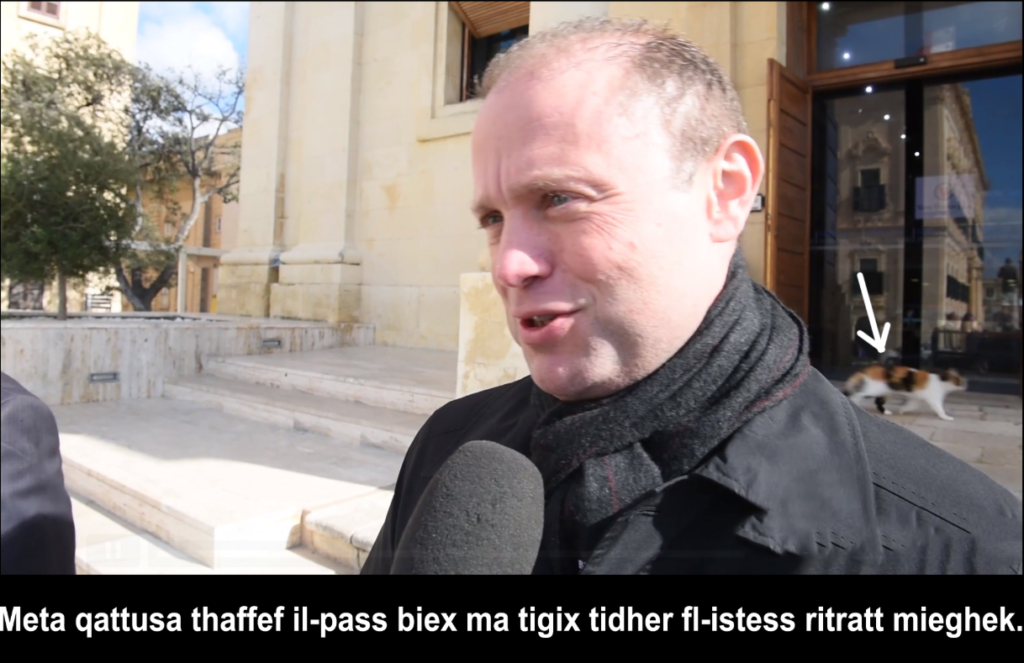 Maltese, what a beautiful language. Much as I enjoy writing in English, sometimes you just need to employ a good, bombastic Maltese idiom to make your feelings crystal clear.

He has no shame just doesn’t quite cut it.

The ‘he’ in question being Joseph Muscat, of course.

I had zero hopes that Muscat would actually resign immediately. The writing was on the wall from day one. HRH would only resign when convenient to him, which turned out to be mid-January.

And never mind that he has the majority of Europe making facepalms and telegraphing WTFs at the unbelievable brass neck on him.

But even so, the confirmation that he won’t be immediately giving up his parliamentary seat even after he resigns is just incredible.  I mean, there is clinging to power and then there is total dissociation from reality. I think we have officially crossed the border into the latter territory.

Which begs the question. Why?

What makes Joseph Muscat claw at the little power that remains, at the cost of… well pretty much everything really. And that everything includes the welfare of an entire country.

So, possible reasons why Joseph Muscat continues to cling on to his seat. Here are my favourite three.

Pure cocciutagni. There’s another Maltese/Italian beauty. Sheer ego and hard-headedness. He stays on because he thinks he can, and he isn’t about to start taking orders from anyone, thank you.

He has genuinely lost the plot and believes he is bigger than the system. He has always been prone to a bad case of ‘let them eat cake’, after all. Egged on by a wife who suffers – and makes us all suffer – from an ill-judged sense of grandeur.

He is scared and is relying on parliamentary privilege to continue plodding along until an escape route is finalised. In this case, the next question would be: scared of who, what, why?

The above is all conjecture, of course. This next one isn’t, though.

He certainly is not staying on in the interest of Malta.

Or in the interest of the Labour Party. In fact, he is pretty much screwing over the party as much as he is the country.

Do correct me if I am wrong, but isn’t the primary function of a Member of Parliament to serve his country?

The fact that Joseph Muscat doesn’t feel like he has to make a pretence at this is very worrying. It simply confirms how openly messed up the entire system has become.

Because I cannot imagine a scenario where Muscat can claim that the country will benefit from his decision to keep his seat. Not with a straight face, certainly.

So pray, enlighten us.

Why is it so important to hang on to the very last dregs of power for as long as you can?

PS – photo is courtesy of the inimitable Steve Bonello.

Excitingly, another artist randomly gave his own t