You are here: Home / NEWS / Here’s how they plan to get away with it 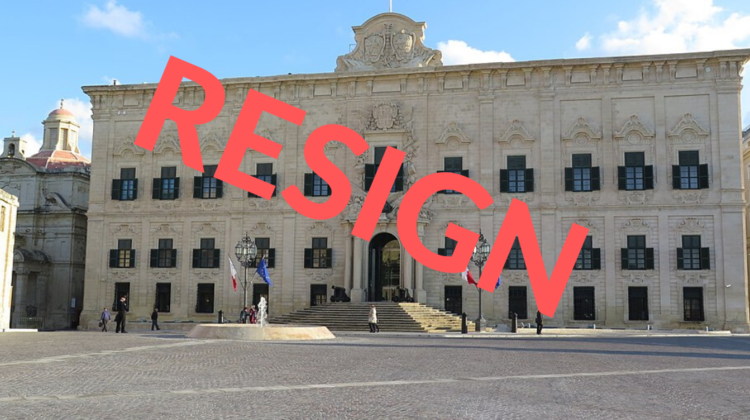 So yesterday I, together with the majority of the island, thought Joseph Muscat had finally woken up to the reality that no-one wants him there anymore.

Boy were we wrong.

They’ve got us good my friends. Not only he hasn’t yet stepped down. But, unless I’m really getting paranoid here – and who would blame me? – I am actually seeing the roadmap towards how they’re all planning to get away with it all.

Tell me it’s only me seeing this.

Yorgen Fenech: As I type this, his lawyers are in court filing a petition for illegal arrest. And they are very likely to get it accepted. Now, I don’t remember much from my (unhappy) days practising law.

But this much I remember. The importance of the 48-hour under arrest rule. And how you must either let a suspect go or arraign him once time is up.

And how you can’t re-arrest said suspect unless a reasonable amount of time has passed.

Well. Yorgen Fenech has been arrested five times in under a week. Doesn’t take a genius to do the maths.

Which gives rise to the obvious questions. What the fuck is up with that? Why hasn’t he been arraigned? At this stage it has become a farce. Funny for him, if he walks out free.

Not so much for everyone else.

Chris Cardona: A number of MPs have been reported to have filed a complaint about the way the murder was going to be ‘pinned’ on him.

Pinned? How has his innocence or otherwise been decided? Why is the word ‘pinned’ being used with respect to a suspect?

What about Dr Cardona’s political responsibility? Is he still being investigated?

Guess what? No-one knows. So the official version that goes down in history could very well be Dr Cardona emerging out of it purer than the driven snow and being the victim for having had someone try ‘pin’ a murder on him.

Joseph Muscat: Another one for the history books. At a guess, I’d say the official line for this one will be that the only reason Dr Muscat didn’t do the right thing and resign is because he didn’t want to succumb to blackmail.

There, another insta martyr created. And screw political responsibility and the fate of an entire country.

Keith Schembri: Mr Schembri will get away with it because…well, fuck knows really. Normal standards clearly don’t apply here, and we all failed to receive the memo.

And there you have it. How a whole bunch of people got away with zero legal or political responsibility after creating what must be the biggest clusterfuck in Maltese history.

Let’s hope I’ve watched too many episodes of House of Cards, here.

Oh, and in case you missed yesterday’s post, will the real socialists please stand up?