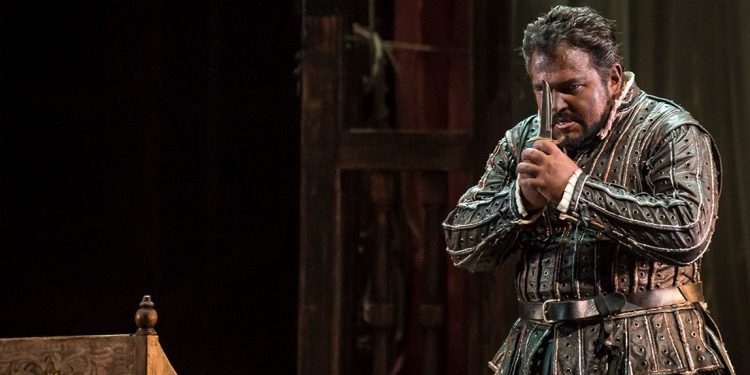 The latest news from the Gaulitana Otello production is certainly exciting. But, first things first. Why have one Otello, when you can have two, right? March is set to see a mega-production of Gioacchino Rosselli’s libretto by Teatru Manoel, directed by the eminent Vivien Hewitt.

But, just when you thought things couldn’t get any more awesome for opera lovers, Gaulitana: A Festival of Music (under the artistic direction of the indefatigable Colin Attard), announce that they’re also putting up Otello, this time Verdi’s version. And, what’s more, the entire thing is a collaboration between Teatru Manoel and Gaulitana, so special packages for both operas are available.

What a time to be alive, when we can enjoy two massive productions like this in the space of a few months. Only, there’s more – Teatru Manoel will also be putting up the dramatic Shakespearean version later in 2020.

On to the latest news from the Gaulitana Otello front – the cast will include Lithuanian Kristian Benedikt, one of the world’s most renowned tenors, in the title role.

A Catch for the Gaulitana Otello

Benedikt has built a reputation as one of the leading international singers of Verdi’s Otello, having sung the demanding role more than 120 times. He also spent a decade working with Italian tenor Gianfranco Cecchele, focusing on Italian opera and taking over the vocal tradition of Mario del Monaco – arguably, the last real Otello. Quite the catch for the Gaulitana Otello.

Benedikt considers the role as his ‘cavallo di battaglia’, one which naturally fits naturally his vocality and personality. A claim that has also been backed by international critics. Such as Switzerland’s Basellandschaftliche Zeitung: “Kristian Benedikt is an ideal Otello. The tenor is endowed with a powerful voice, precise range and baritonal depth, he poignantly embodies Otello`s delusion, vulnerability and violence. He is virtually living Otello”.

Not enough? Check out what Italy’s Il Corriere della Sera had to say about Benedikt’s interpretation:

“Of course, the effect is powered by the voice of a tenor as Kristian Benedikt (Otello) – beautiful colour, dark and powerful ring.”

Verdi’s penultimate opera is no doubt one of the most dramatic, emotive and poignant in the operatic repertoire – a masterpiece of undisputed greatness. Yet, often, productions of Otello fail to enthuse due to the engagement of a tenor who is not perfectly suitable for the title role. Clearly, this production won’t face any such problems with Benedikt.

For the Gaulitana Otello production, Benedikt will be leading a cast made up of top international and Maltese singers, together with the Gaulitanus Choir. The Malta Philharmonic Orchestra (leader: Marcelline Agius) will be in attendance under the baton of Colin Attard. Enrico Castiglione will be the stage director.

The Gaulitana Otello takes place on April 25 and is part of the month-long musical bonanza that is Gaulitana: A Music Festival, which runs between March 28 and April 26. The operatic production itself is enveloped within an intensive Opera+ Weekend which will conclude the festival. The festival is supported by the Gozo Cultural Support Programme of Arts Council Malta and the Ministry for Gozo.

The Gaulitana Otello is being held at the Aurora Theatre in Gozo. Tickets are available here or by calling on 79045779. In view of the Gaulitana-Manoel collaboration, a limited number of rebated tickets for both operatic productions can also be obtained from either theatre until February 16.

Interested in reading more about Malta’s culture scene? Check out this production of The Importance of Being Earnest; this children’s arts workshop that is taking place at The Mill; and the latest news from the world of contemporary dance.