You are here: Home / SPONSORED CONTENT / ‘Never underestimate your audience’ 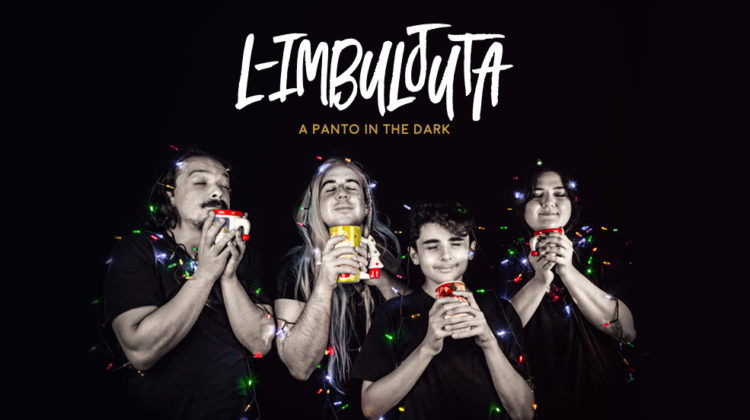 Panto in the Dark is back with a second edition that sets out to prove what an exciting time it is to be a theatre-maker in Malta.

Panto in the Dark, the second edition, is up soon. Written and directed once again by Marta Vella and Vikesh Godwani, it looks like this panto will continue breaking boundaries with what can only be described as an ‘untypical’ panto.

We picked Vikesh’s and Marta‘s brain to find out more. Below, Vikesh explains how the Panto in the Dark concept was born and what an exciting time it is to be a theatre-maker on the Malta culture scene.

Last year was the first edition of Panto in the Dark. Can you describe some reactions?

BOTH: The feedback was overwhelming. People’s reactions during the show were quite visceral, as they didn’t hold back from screaming,  laughing, singing along and participating throughout.

The fact that the shows sold out meant that the Maltese audience is evolving and always looking for new experiences. Which makes it a very exciting time for theatre-makers, locally.

We also got fantastic reviews from local newspapers and extremely positive feedback from international guests. But, perhaps the most rewarding of all was the blind community’s reaction; their enjoyment of the show and their seal of approval was so important to us from the inception of the project.

So, was Panto in the Dark what you expected?

VIKESH: To be honest, I did not know what to expect. I really believed in what we were trying to achieve, but because this was a world first I could not predict people’s reactions.

My biggest fear was that people would not let go of their preconceived notions of what a theatrical performance should be. However, as soon as we had our first test audience in and I saw how open they were to it, all my worries went away. It served as a great lesson to me; never underestimate your audience.

MARTA: Honestly, I don’t know what we expected. With this show last year we were literally walking into the dark (excuse the pun).

What I can say, however, is that we were very nervous about how it would be received. In our gut, we felt that we had a good show on our hands but the proof is in the pudding.

Something that surprised me was that very few people were uncomfortable in the dark, I thought more people would find it daunting. But, luckily, it wasn’t so!

You are back with a second edition of Panto in the Dark. What is the premise this time?

BOTH: We have created the origin story of the Christmas drink traditionally served on Christmas Eve – L-Imbuljuta. On a surface level, it is a really playful story about family, perseverance and standing up to bullies.

But, like all great pantos, it also provides biting satire. Our main targets this year are the rent crisis, over-development and our shocking attitude towards the environment.

Both times you have opted for Maltese themes/legends, unlike other Pantos. Is this on purpose or a coincidence?

BOTH: It is no coincidence at all. Our premise has always been that if we are using such an innovative form for Panto in the Dark, then the content itself should be innovative.

A panto like Cinderella or Jack and the Beanstalk might have worked in this format, but wouldn’t have achieved what we wanted in terms of really re-inventing what a panto looks and feels like.

Additionally, should we have used a well-known story people would have already come with a clear sense of who the characters were or looked like. One of my favourite things about telling an original story is that different people are free to imagine the world and the characters as they see them.

Also, from a slightly more narcissistic point of view I am thrilled by the fact that every time someone thinks of L-Imbuljuta or Gawgaw, they will associate it to the stories that Marta and myself created in our living room.

What are the biggest challenges making Panto in the Dark a reality?

VIKESH: There’s a never-ending list, but if I had to boil it down it is the fact that there are so many individual elements that need to come together for it to work. If one of those elements is not 100% on point, then it will completely ruin the experience.

MARTA: Where do we start? Risk assessments, nailing the effects, timing the two billion sound effects in the show perfectly. The main priority for us is always accessibility and making our audience’s experience as enjoyable as comfortable…and that takes a lot of work!

Are creative disagreements between the two of you a thing? How do they get solved?

MARTA: All the time! We make a great team because we’re always very honest with each other and we’re never too precious about our work. We have such a strong friendship that we’re not scared to challenge and push each one another out of our comfort zone.

VIKESH: A particular lyric we wrote randomly went: “look, there’s a llama”. Basically, we wanted to rhyme it to a previous line. It was completely random and out of context, but the actors kept ad libbing around that line every night saying stuff like: “Doris, inżel minn fuq dak il-llama“. Needless to say that the ad libbing got longer and more ridiculous every night, but it was hilarious every time.

MARTA: Chucky had a self-referential line as Dame, it went: “That Chucky is really cute, shame he doesn’t play for our team.” Davinia used to reply with a different line everytime: “Tal-football?” “Tal-waterpolo?” “Tar-rugby?” And it would get him EVERY TIME!