You are here: Home / NEWS / How about a Notte Bianca just for Valletta residents? 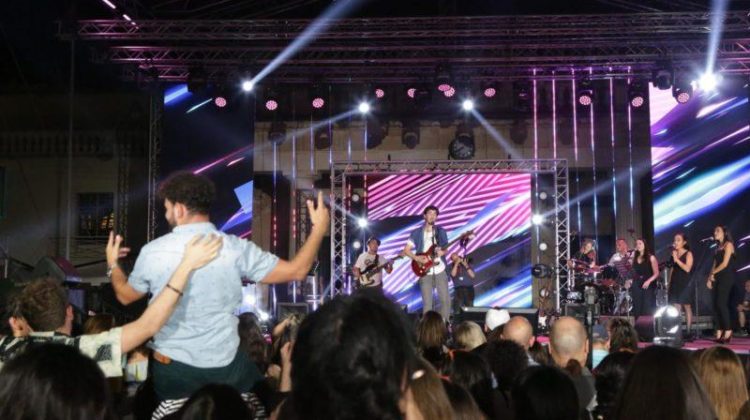 You know, as a thank you for all they have to put up with through the years.

On the one hand, as a Valletta citizen I am hyper-aware of the inconveniences caused to residents.

Not due to poor organisation, but due to the intrinsic nature of the event.

There are thousands more people than usual on your doorstep (as you can see from the photo above, which I’m using courtesy of the Notte Bianca Valletta Facebook page). There is also an entire sound system blaring across the city from early afternoon until probably after 11, as people tend to linger.

The rubbish generated is spectacular but also generally cleaned up highly efficiently and fast.

Those are the negatives. The positives are plenty, however. Many residents do actually enjoy the activities. I know I do.

Businesses make A LOT of money from this event. Using some of it to treat the residents is a no-brainer

On a cultural level, it attracts thousands of Maltese and foreigners and children and adults get to experience a number of high-calibre events for free.

So yeah, Notte Bianca is important.

Which brings me to the next point. How about authorities like the Local Council and the Valletta Cultural Agency sweeten the deal for residents?

Businesses make A LOT of money from this event. Using some of it to treat the residents is a no-brainer. And it doesn’t really eat too much into the profits to slap on a small residents’ tax and top it up with a budget.

How about a free event for residents, food and booze included, organised by the local council.

A Notte Bianca just for residents if you will, maybe held at the gorgeously refurbished St Elmo?

A  lot of the residents are elderly and/or have limited disposable income, so something along those lines would probably be appreciated. Many elderly residents do suffer loneliness. And the community spirit in Valletta could do with some bolstering.

Yeah it costs money. But with all the budgets floating around for everything, I’m sure a way can be found 😉

It doesn’t even have to be *this* idea, just come up with something that is purely for Valletta residents. Heavens know they deserve it.

Just to be clear. No, it won’t make up for the inconveniences. But at least it is an acknowledgement that government appreciates the hardships Valletta residents go through.

A bit of a show of respect and a thank you always work better than the F U residents currently feel they are getting, albeit unintentional 😉