You are here: Home / THEATRE / So this week Appuntamenti returns to our stages 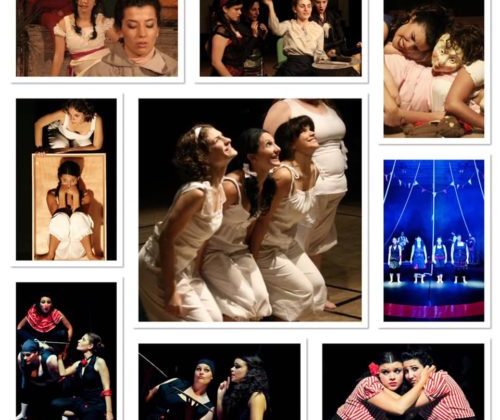 A game-changer for Maltese theatre, Simone Spiteri’s work is once again being produced by Du Theatre.

Ten years ago, Appuntamenti was staged by Du Theatre. The script, penned by Simone Spiteri, went on to win the National Francis Ebejer playwriting competition that year.

It turned out to be a seminal moment  for Malta’s theatre scene. Appuntamenti was written in Maltese, by a young Maltese writer. A female, no less. Today, any reference to the gender of the playwright may appear irrelevant, even sexist. In 2009 it certainly was not.

With Appuntamenti, Spiteri broke through the unspoken gender (and language!) barriers to write and produce an award-winning theatre production. At the time, it was a feat.

I would argue that even had Appuntamenti seen the first light of day today, in 2019, it would still be a feat for precisely the same reasons.

This does not shine a positive light on the evolution of our theatre scene, but that is a different topic for a different post.

Back to Appuntamenti, which is being given a well-deserved second run this weekend.

I was lucky enough to be invited to attend a rehearsal for Appuntamenti on Monday, right before the troupe moved to the Splendid in Straight Street, which should be a very appropriate location for the piece.

In 2009, Appuntamenti was the first piece of contemporary – for want of a better word – local theatre I had experienced. The Made In Malta label could be applied from start to finish; everything about script and production was Maltese.

It is undeniable that this quintessential ‘Malteseness’ contributes in no small measure to the impact  that the six characters around whom Appuntamenti is built have on the audience.

We can empathise with the emotional damage of characters created by the likes of Haruki Murakami, Gabriel Garcia Marquez (a recurring reference in the script) and Isabelle Allende till the cows come home.

But reality is that a homegrown script and a narrative that highlights the dysfunctionalities particular to the Maltese Id, will always pinch harder. Only the Maltese expression will suffice here – jaqtgħu fil-laħam il-ħaj.

And this is precisely what makes Appuntamenti the game-changer that is. The universal themes of love, loneliness, inadequacies are applied to the local context with devastating efficacy.

Ten years on, I am surprised to see how its relevance has not diminished at all. Barring a few minor adjustments to make allowance for the evolution of society, it appears that the text stands pretty much untouched.

A full decade later, the characters remain as relatable as when they were first birthed. It is a testament to Spiteri’s understanding of the human psyche, and her prowess with character-building.

The narrative premise at its heart is a simple one. We meet Anna, Julia, Sarah, Chris, Mark and Patrick, solitary figures around a bus stop.  And we proceed to witness how their varying degrees of loneliness, selfishness and insecurities lead to a series of what today may be termed bad decisions, relationships wise.

It sounds like a simple premise, and in fact it is. It is a scenario that we have seen being played out in our lives and in the lives of those around us many a time.

And this is precisely why Spiteri’s 2009 script, deserves exactly the same accolades even in 2019.

With Appuntamenti, Spiteri has created an evergreen cast of characters whose very inadequacies make them relatable across decades. Spiteri’s pen stops short of turning them into ‘losers’ in the eyes of the audience. And, instead, they become simply ‘us’.

The cast is made up of Kristjana Casha, Simone Spiteri, Michela Farrugia, Clint Chircop, Mark Mifsud and Jes Camilleri. Appuntamenti is written and directed by Simone Spiteri and produced by Dù Theatre.

The play is being staged this weekend. Tickets are available here. Not only that, the book containing the scripts of both Appuntamenti and the more recent Repubblika Immakulata will be available on site.