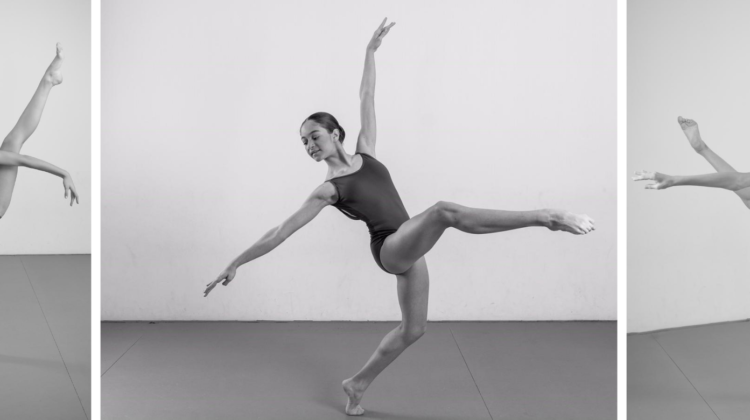 Beethoven Dance Project – in all honesty, ‘ballet’ is not the word that automatically springs to mind when I think of the celebrated composer. But 2020 happens to be the 250th anniversary from his birth so, of course, there was no way Festivals Malta was not going to add to the celebrations by throwing something spectacular in the mix, always while strictly adhering to COVID-19 safety precautions, naturally.

Enter Ruben Zahra, artistic director of the Malta International Arts Festival and the brains behind the upcoming production titled, precisely, Beethoven Dance Project. Ruben is, of course, known in Malta’s music and theatre circles for some very spectacular productions, the tour de force that was Min Hi? Being one of them.

Which means that the expectations for Beethoven Dance Project are sky high. So what’s the idea behind it?

“Originally, the plan was to celebrate Beethoven’s birth anniversary with a massive production that was to take place in collaboration with the Malta Philharmonic Orchestra. This was to be one of the main events at this year’s Malta International Arts Festival but, sadly, COVID-19 had other plans and we had to postpone this,” Ruben said.

But his mind continued mulling on a way to make a different form of celebration happen. When social restrictions started being lifted some weeks ago, Festivals Malta artistic director Annabelle Stivala approached him about the exact same topic and before you could say Sonata in G, Beethoven Dance Project was happening as part of the second phase of the Hybrid Festival.

“Most international festivals are holding their own celebrations and there was no way the Malta International Arts Festival was going to miss out on that. I wanted to choose some of the most historically important of Beethoven’s works. From the very start, the idea was to present a live music performance, as opposed to a playback experience, and this did influence our final choice of works,” Ruben explained.

Logistically, he continued, it would have been impossible to expect the pianists to master a new sonata within the space of a few weeks. Thus, Ruben reached out to some musicians and – in his own words – got lucky.

“Between Maria Elena Farrugia and Francis Camilleri – the two pianists who will be performing on the night – I had about 15 sonatas to choose from,” he said with a smile.

Finally, Ruben opted for two of Beethoven’s earlier works – Sonata No 3 in C Major and Sonata No.2 in A Major – and the well-loved Pathétique, Sonata No.8 in C Minor.

But there will be a wild card added to this, as the name Beethoven Dance Project suggests. The performances will be accompanied by new choreographies by Jade Farrugia from The Dance Workshop, Christina Cauchi from Danza C, and Marisha Bonnici from Seed Dance Studios. The choreographies will be performed by advanced level students from all three schools.

“One of the strands of the Malta International Arts Festival is called MAD – Music & Dance. This strand offers an opportunity to combine classical music with dance, and for this production I chose to follow the same concept. I also wanted to offer an opening for young dancers who wish to embark on a career in the performing arts,” Ruben said.

Naturally, making the project happen came with a number of challenges, especially as the choreographies for Beethoven Dance Project had to be finalised within a very short space of time.

“This project certainly took us all out of our comfort zone. The span of time in which to get everything ready was extremely short, and the dancers will be accompanying live music, which means that the process won’t necessarily follow that of the rehearsals to the letter, especially with respect to tempo,” he continued.

Ruben’s name, of course, is synonymous with the unexpected and the avant garde. So what should we expect from Beethoven Dance Project?

“Well, a standard concert to celebrate Beethoven’s 250th would have been the obvious choice. But I don’t like to take the obvious choices,” he says with a smile. “Audiences can expect an evening of classical music married to a strong contemporary element of dance.”

I reached out to the choreographers to find out more about the dance aspect. Marisha Bonnici tells me that this is her first piece of work post COVID-19. She speaks about how emotional the journey has been for these past few months, especially as she had to close her studio during the restrictions.

“My choreography reflects all these emotions. It’s a way to start my journey towards normality as an artist, to start once again enjoying the pleasure of dance, of being able to express myself through movements that I created myself,” Marisha says.

“Undoubtedly, the fact that I am working to a piece that was chosen for me – as opposed to one that I chose myself – only makes the challenge bigger. And it’s a challenge that I am enjoying tremendously.

Christina Cauchi also found herself inspired by the pandemic that ravaged the cultural scene across the globe, explaining how she wanted this new choreography to recreate a tableaux of all the rollercoaster emotions that the pandemic brought with her.

“The work portrays a picture of a society attacked, a society that is still suffering the aftermath of what happened earlier this year. The question, of course, is what does the future hold for us? Will we emerge victorious?” she asks.

She too, found the short time-span in which the project had to be created to be a significant challenge. Keeping to the prescribed safety precautions also made the job that bit more difficult, as typically choreography and dance bring with them an amount of contact, which now had to be eliminated.

“But I feel supremely lucky to have a team of determined and highly-committed dancers who really gave it their all. We can’t wait for the audience to see what we have created,” she concludes.

Jade Farrugia, the third choreographer who has been tasked with making the Beethoven Dance Project celebrations pop, has been working intensively for the past three weeks, with the dancers exploring movement according to their emotional and physical journey through the past few months.

“Thanks to the current circumstances, we have not been able to work on contact dance, which usually heavily informs a piece. Instead, I focused on the creation of patterns and exploring task-based sequences that were influenced by the music itself, besides the introduction of a prop,” she says.

At the end of the day, however, she believes that it will be up to the flow of energy between the dancers, albeit without the sense of touch, she concludes.

Beethoven Dance Project takes place on August 1 at 9.30PM at Pjazza Reġina, Valletta. Entrance is free. The event is organised by Festivals Malta and is part of the Hybrid Festival.