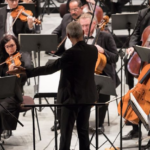 MPO performs Strauss's Sinfonia Domestica at the Teatru Astra The Malta Philharmonic Orchestra recently held a gorgeous concert at the Teatru Astra, in Gozo. The concert featured two masterpieces of the early 20th century - Jean Sibelius's Concerto for violin and orchestra in D Major, and Richard Strauss's Sinfonia Domestica (with Anna Gockel on the violin solo). As you … END_OF_DOCUMENT_TOKEN_TO_BE_REPLACED 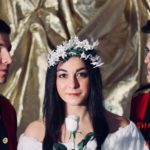 This may be one of Shakespeare's less popular pieces, but it looks set to be fierce AF. It's a good year for The Bard, in Malta, what with opera and theatre seemingly going through his entire opus. Now, Roaring Voices is set to bring one of the playwright's lesser-known pieces to Malta, with a production at Teatru Salesjan. The young theatre company has promised an … END_OF_DOCUMENT_TOKEN_TO_BE_REPLACED