You are here: Home / MUSIC / Maltese duo Berne is back 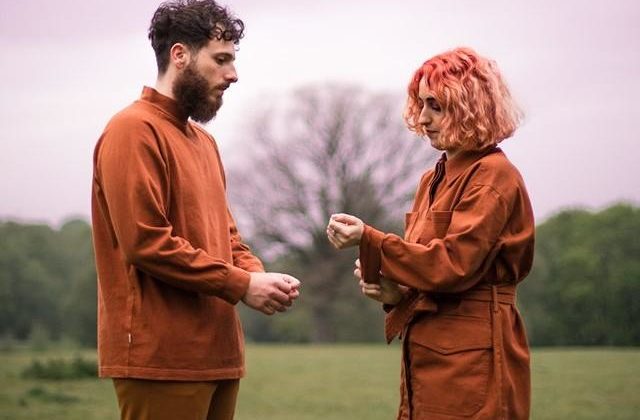 Their new single Oceans is a socially-driven track.

The track expresses the struggle to understand why people are threatened by diversity and criticises societies for only protecting and providing for their own.

The Maltese duo Berne says that it is a response to the diplomatic stand-off amongst European leaders over the fate of 32 migrants who were left aboard The Sea Watch 3 for 18 days in December 2018 – January 2019 in Mediterranean waters.

“I was closely following this news story over Christmas last year, and with every day that passed, I could not bring myself to believe that this was allowed to happen, that human beings were without basic human needs for so long while politicians were enjoying their Christmas feasts,” singer Deborah says.

“And it’s not just politicians. Cue your standard racist comments by supposedly fellow human beings on social media and within a one mile radius of wherever you are. Truly appalling.”

I put some Q&As to Deborah to find out more.

It’s been a while since we heard from Berne. (unless I am mistaken!) What have you been up to recently?
Yes, it has been quite a while! After releasing an EP four years ago, it became quite difficult to figure out what to do next. I was still involved in lots of exciting projects in London, mostly at The Roundhouse, songwriting and collaborating with other artists, conducting children’s choirs, as well as being heavily involved in environmental campaigning in my local area.

In retrospect, I must have been on a creative break (although that’s not how it felt at the time!). I must have been taking everything in and was impatiently waiting until the time when the energy and drive would come creeping back. And, oh God, how I’m glad they did!

The stars must have aligned for me in mid-2018, when I was accepted into an exclusive artists’ collective called The Rattle, which acts as an incubator for artists to develop their art and their businesses.

The rest is history. I spent months in the studio, figuring out what my music wants to sound like and what my voice wants to say and it was such an exciting time when I was able to see everything coming together.

Social media reveals that you have gone from being a solo artist to collaborating with Gianluca. What lead to this?
Gian and I have been working and performing together for over a decade, initially with Bletchley Park and then with Berne. Last year, he trained as a sound engineer and I wanted him to work his magic on some of my songs.

From that point, we went on to write songs together, developed our live set together and Gian engineered the recording sessions, produced and mixed the tracks. It seemed like the natural thing to do to re-brand Berne into a duo as it became his work as much as it was mine.

How do your styles complement each other?
Because we’ve made music together for so long, we tend to be on the same page creatively. We listen to different artists, although largely within the same alternative pop segment. I bring my Agnes Obel and Adna influences and Gian brings his Joy Division and Radiohead influences and it morphs into something that we like.

I’ve upgraded from piano to synth, which allows us to add texture and Gian so cleverly creates all these dreamy sounds via his massive pedal board. It’s a bitch to carry some 20kg of pedals on your back on the tube, but boy does that thing make magic!

Confusing, I know, but picture this. We’re in the same rehearsal or we’ve played the same gig… one of us is pleased with the small achievements and the other is fixated with how much better we need to be!

Although we love being independent artists and we think this is a great time to be an artist as one doesn’t need to depend on record labels to be heard, we are aware that we have not chosen the easiest route for ourselves.

Self-doubt is a right bitch and there are many difficult days to overcome! We are aware that we are constantly pushing ourselves – we call it living in the arena, as so beautifully coined by Theodore Roosevelt and inspiringly shared by Brene Brown. At this stage, we wouldn’t have it any other way.

What inspires you?
The songs we write are largely inspired by society and the environment. Being the melting pot it is, London has accented the beauty of diversity in the world for us but has also brought to light a lot of injustices in society.

London is not to be confused with Brexit towns and cities in the UK! Here, we’re not fed lies of how you will need to pay a speeding ticket twice if you have a UK driving licence and are caught speeding in an EU country. This is legit the answer we were given by a young Englishman we met on our travels in Australia this summer to the question: “Why do you think that the UK should leave the EU?” Scary!

Over the last few years, we’ve become extremely environmentally aware. We feel encouraged to question the status quo and often think about the impact our actions have on our planet. Naturally, this has made its way into our songs and the next few songs are in some way or another environmentally related. We cannot wait to share them and see how our listeners will respond to them.

Why do you feel diversity and migration to be important issues?

I just don’t understand why people are so threatened by other people being different. We do not have to look very far to see this happening. Think Ivorian Lassana Cisse Souleymane’s racially-driven murder earlier this year by two young men whose duty as soldiers is to protect. If the primary concern of societies is to protect their own and nobody else, then societies have indeed failed us.

What is your message to governments?

Governments and people in politics have this amazing platform to drive change, to direct their peoples along with the times, to respect the Earth, to help the weakest in society, to do what is right.

Do not take this lightly – it’s not an ego championship; it’s our planet and our lives that are being affected by your actions. Without our Earth, there is no economy, no health, no people.

Without kindness, there is little joy in life. Be kind – to our planet, to its people.