You are here: Home / THEATRE / When prostitution is the only way to live 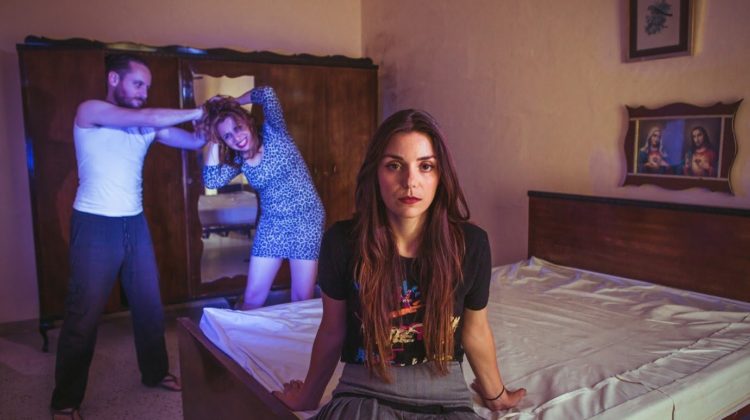 Overhearing a woman casually describing her teenage daughter’s suicide opened the eyes of theatre power-couple Angele and Malcolm Galea to a life that was completely alien to them.

The result is a real-life play that tackles three generations of Maltese prostitutes.

In what is quite a departure from their usual style, More or Less Theatre‘s Angele Galea and Malcolm Galea are putting up Waħda Minnha, a play that is based on the real life stories of three Maltese prostitutes.

The play is scripted by Angele, who worked closely with Dar Hosea in order to better understand the plight of women who find themselves in this situation. The script is the result of three years of discussions and interviews with what Angele calls “some of the most vulnerable members of Maltese society”.

Malcolm will be directing a cast made up of Angele herself together with Naomi Knight, Theresa Gauci, Sean Briffa and Jeremy Grech. Here, he shares some thoughts about the process that led to this production.

Angele and I became fascinated with this subject a few years ago when we were waiting in a queue and overheard the two women in front of us having a conversation.

One of them was talking about her teenage daughter’s suicide and, even though they were both Maltese, they were describing a life that was completely alien to us.

We felt sorry for the mother but at the same time, the way that she was talking also made us feel sorry for the daughter for having been raised in that kind of environment. We asked ourselves if someone growing up in that background ever really stands a chance in life. Angele decided to research the matter further and that’s what led her to Dar Hosea. This play is the result.

These people are born into poverty, and prostitution is the easiest way for women to make money

Since the play deals with prostitution, many will inevitably see this as being the main topic. However prostitution is just one of the side-effects (along with poverty, drugs, suicide and a boatload of others) of the life that some people live.

These people are born into poverty, and prostitution is the easiest way for women to make money – whereas for the men it’s pimping and drug-dealing. More specifically the play is about the abuse that certain members in our society regularly live through – sexual, physical and mental.

Their lack of education and the tendency for the rest of society to scorn or ridicule them (even those in a position to help such as doctors, teachers and police officers) makes it even more difficult for them to get out of the circumstances that they’re born into.

The only criticism we’ve received so far has been from men saying that women have every right to sell their body if that’s what they wish to do. We don’t disagree with that and the play is not about women who voluntarily decide to go into sex work.

Neither does it tackle the women who are trafficked to the island and forced to work in the sex industry against their will – which is an entirely different can of worms.

This play is about three generations of women who were brought into the world of prostitution from a very young age without any choice in the matter, simply because they were born into a long line of prostitutes.

Angele combined some stories together and changed many details, so as to protect the privacy of individuals. In a number of instances, she even had to tone things down since, some of the horrific things these women go through (such as being forced to work within hours of giving birth) often beggar belief.

Forced prostitution is a vicious circle that keeps on turning

The tragedy of the piece is that there isn’t much difference at all. In many cases there’s a vicious circle that just keeps on turning. In the first scene we see Rose in 1996 yelling at her daughter Sharon to come with her to the bar. Sharon is unwilling, and goes out with her friend instead. However, in the second scene based in 2013, we see that the grown-up Sharon hasn’t only followed in her mother’s footsteps, but she’s also forcing her own unwilling daughter Luana to come with her.

Recently, the question of legalising prostitution has been raised again and it’s important that people are familiar with all aspects of the situation

We hope to achieve two things: to provoke conversation and to start changing the attitudes of people. Recently, the question of legalising prostitution has been raised again and it’s important that people are familiar with all aspects of the situation.

Such a law could facilitate these women’s abuse and make it even harder for them to break out of their cycle if not tackled properly.

At the same time, there’s a stigma surrounding local women in prostitution that makes it very difficult for them to seek help. Imagine a life where you get used to being looked down on every single time you set foot into an office, clinic, classroom or shop.

Even charitable institutions like Dar Hosea that help women in prostitution often find it difficult to secure funding and donations since many may not see it as a worthwhile charity – thereby contributing to this vicious circle.

Waħda Minna previews on October 24 and 25 at the Malta Midwives Association in Msida followed by shows on October 26 and 27 at the Valletta City Theatre (Hall 1). All shows start at 7:30pm and last for one hour. Tickets may be bought online from eventbrite.com. The project is supported by the President’s Award for Creativity.