You are here: Home / NEWS / Why We All Need To Get Behind Pia Zammit 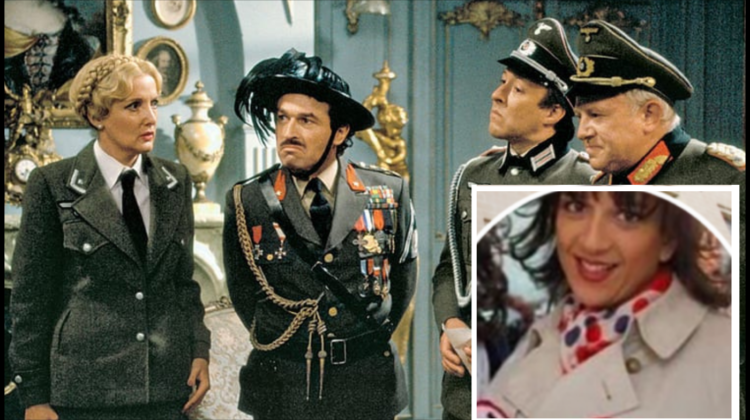 I have not blogged in a while, but today’s news about actress Pia Zammit losing her libel case against Torċa’s ridiculous ‘news’ report, is the absolute pits.

Artists in Malta already face a tough enough life – financially, and mentally too now thanks to COVID-19 – without so-called ‘journalists’ willfully deciding to ‘mistake’ a photo in costume with making light of Nazi symbolism.

I’m using a lot of air quotes here, which I don’t usually like to resort to, but when obvious bull is bandied around I’m not left with much choice.

All that was missing to render that it-Torċa report even more surreal was a court decision backing it up. And what do you know? Providence has delivered exactly that.

Some background – back in 2009 Pia Zammit took part in an ‘Allo Allo skit and took some publicity shots in costume, as every production cast and crew typically does, to drum up some hype.

And, because we all know what Allo Allo is about, said costume was a Nazi outfit. Duh.

Fast-forward to 2019, when It-Torċa decided to use this photo as part of an anonymous write-up that suggested Zammit was making light of Nazi symbolism in a photo that was potentially offensive to victims of Nazism.

Given Zammit’s political activism, it doesn’t take a genius to question the motivations of this report. The alternative explanation would be that an adult journalist is incapable of making a distinction between wearing a Nazi costume as part of theatrical production, and wearing it because you’re an insensitive oaf. Which interpretation is most likely?

Right. So let’s gloss past the fact that whoever wrote this didn’t even sign off with their name. Have the courage to stand by your convictions? Not part of this ‘journalist’s’ credo, clearly.

Let’s leave aside why on earth it-Torċa would imagine it’s good PR to run a hatchet piece on an actress for actually doing what she is supposed to be doing, and go straight on to the libel case that should never have been lost.

And to which court of justice could, with a straight face, decide that the use of Zammit’s photo with that particular report was perfect fine and caused no damage to Zammit’s reputation.

Talk about 2020 punching Maltese artists where it hurts most, Now our justice system also had to join in to reward some pseudo journalist for cobbling together a nasty, and clearly politically-motivated piece that can cause serious damage to Zammit’s (local and international) reputation.

Good job that, at least on an international level, this it-Torċa write-up is likely to be greeted with much laughter and derision. Basically, the same way we should treat the court decision itself.

So much for supporting the arts, huh? This court decision is dangerous because of the signal it sends to the public. Attacking artists for doing their job is fine, if you have a bone to pick with them. They don’t deserve the protection of the law.

What will it be next time? A staged scene the includes undesirable behaviour being admitted as character evidence against an actor in a court of law? Sounds ridiculous? Well, it’s pretty much what just happened here, no? The silly things that silly actors get up to in silly plays…

For shame. I call for a crowd-funding to support Zammit, as there is no way she should be left to bear the costs for this shameful debacle. MEIA – this is your time to lead the charge and offer artists the promised support.