You are here: Home / THEATRE / The Little Prince at ŻiguŻajg 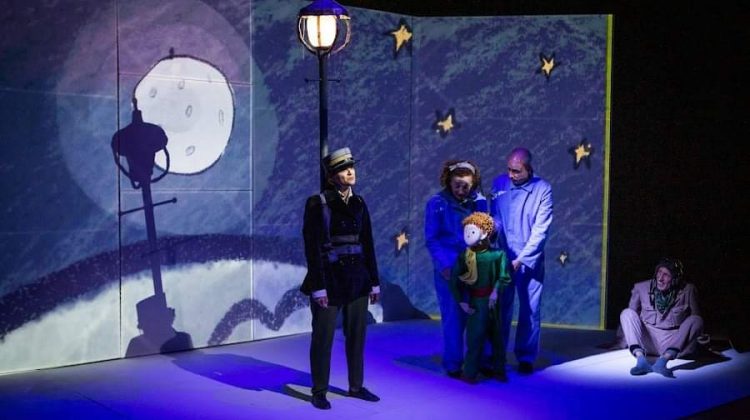 It is a matter of consequence to watch Teatru Anon’s The Little Prince, whatever your age. it is also an ephemeral experience, a production that for an hour transports the audience to a magical world full of pathos.

Those who have seen the production will understand my choice of words. A matter of consequence, and ephemeral, are two of the mainstay phrases that ground this delightful and wonderfully poignant production of the Saint–Exupéry classic.

The seemingly simple tale of the Little Prince who travels through worlds has brought joy and tears in equal measure to many children and adults across the world.

But how to translate it to theatre without losing any of its imaginative powers? How to confine all the themes of love, loneliness, grief and more that it touches upon to one, small stage, without removing anything from it?

This is exactly what Teatru Anon has done with this devised piece, one of this year’s crowning glories at ?ŻiguŻajg children’s festival.

Puppetry, live music, a clever set, projections,  five amazing actors and one brilliant director (Chris Gatt) combined together with magnificent results and I’m sure that Saint Exupery himself would have been charmed by this performance.

Teatru Anon’s script keeps the majority of the original story intact, with only a few tweaks and additions that add an interesting narrative twist.

The decision to have the Little Prince represented by a puppet wa inspired. Liliana Portelli and Pierre Stafrace’s puppetry skills are on point, as are Charlotte Grech’s. You forget that this is not a flesh and blood boy (or fox).

Paul Portelli’s pilot, crashed in the desert, is magnificent. There are no two ways about it. All at once brash, whimsical, arrogant, frightened and very much a child himself, he brings his role to life with a physicality that captivated everyone.

Although a minor part, Jes Camilleri creates a strong sense of the sombre, bringing the audience back to a sadder reality with his stark portrayal of the doctor.

The music carries a lot of weight in this production, serving as an effective mood marker while helping our imagination take flight. Composer and musician Albert Garzia doesn’t miss a beat if you’ll pardon the pun.

Add a minimalist but very clever set, well-placed projections and you got yourself one hell of a touching performance that is certainly not just for children.

Bravo to director, cast and crew.