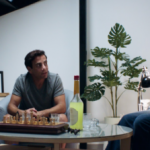 When Alex Vella Gera's Is-Sriep Reġgħu Saru Velenżi was first published in 2012, it won the national book prize and pretty much became a cult hit almost instantaneously. Not only due to the narrative arc itself, but for the way it effectively captured the zeitgeist of a whole decade, digging deep into our subconscious, exposing an entire nation's vulnerabilities. This, I … END_OF_DOCUMENT_TOKEN_TO_BE_REPLACED