You are here: Home / ARTS / Is ‘Europe’ still relevant? 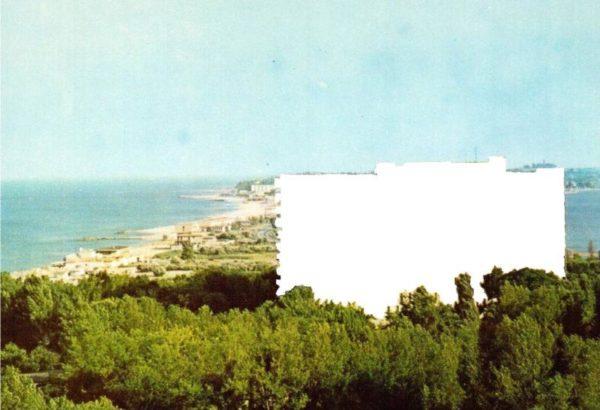 An exhibition by Alex Urso – called What remains of Europe? Postcards from Grand Hotel Europa – poses the question through visual art. Interview by Karsten Xuereb.

The name Alex Urso may as yet not be familiar within the visual art scene in Malta. It has, however, slowly caught on in small, creative environments in and around the peripheries of Europe.

This perspective on what may constitute peripheries, where Alex has worked and grown as an artist, curator and writer, includes those places that used to be at the centre of European affairs, but have gradually chosen, either wilfully or carelessly, to slip aside. Arguably, and admittedly provocatively, this view could apply to London, Warsaw and possibly Valletta.

In spite of various institutional and official, as well as positive and community-led initiatives, territorial responses to current socio-political challenges, invariably preferring isolation or even extreme nationalism to seeking closer regional and international relations, seem to be indelibly marking the map of Europe today with a dark stain.

Who, indeed, outside academic and well-travelled artistic circles, considers of any significance EU-stamped events like the European Capital of Culture or the European Heritage Days in what seems to be a continent fraying at the edges or, rather, where the edges seem to be carving out the centre?

These were some of the considerations thrust upon me by Alex during a lively Skype call one recent end-of-summer night connecting the miniature metropole-to-be at the end of my world, namely Gżira, with the Adriatic resort of San Benedetto del Tronto in the Marche region, not new to trying to find new ways of re-inserting itself in investments routes and tourism pathways.

The name Alex Urso may inspire recollections of larger-than-life personages, from the various unruly a-lexes of dystopic novels to the mythical bear-like Ursus, son of Hercules, starring in the 1961 film directed by Carlo Campogalliani.

However, nothing could be further from the truth. Indeed, rather than thrust any ideas or opinions upon me, Alex, rather impish in body and mind, led me gently and rather unobtrusively on a journey across contemporary Europe and its ills, through his art.

Alex returned to Italy only recently after living and working for seven years in Warsaw. There he experienced the harshening of tones and the clouding over of the political climate, images he uses to evoke similar emotions he felt in various boroughs of London in the twilight zone that has suffused the empty space between the Brexit vote and its implementation.

He thought of filling this space by offering to exchange door mats, that quintessential symbol of welcome, or good riddance, depending on which way one looks at it.

Indeed, Alex told me he was surprised by how well-meaning Remainers in the richer neighbourhoods did not seem to care to engage with this dark skinned, Italian on a silly mission. The harm had been done, and there was no point talking about impending disaster any longer.

On the other hand, in contrast to the English way of hanging on in quiet desperation, Alex found many tenants in poorer and ethnically-mixed boroughs, including recent migrants, to be more forthcoming and open to having an exchange of views.

And an exchange of views it was, since, to Alex’s growing amazement, many of this second group proved to be Brexiters, hoping they could hold on to more of the beneficial conditions they now enjoyed if Britain did tighten its migration controls and prioritised the well-being of its residents!

In Malta for the first time for a two-week residency hosted by the most recent addition to international arts in Malta, namely Unfinished Art Space, Alex emerges from northern, more sombre moods to the too-full bright light of the Mediterranean.

During his stay, he will be presenting the last stages of a journey that started in his childhood, on those same shores of the Adriatic which he is now revisiting. I could picture the scene when Alex told me:

‘When I was young, during summer, I used to go to the sea with my sister and my father. Every Saturday morning we went there by car, going down the hills to reach our spot on the Adriatic coast. There, right behind us, stood an imposing hotel: the Hotel Europa.

Elegant and magnificent, the Hotel Europa was one of the most iconic places of the area. The name Europa, indeed, was a quite common thing during the 1990s: sports fields, urban parks and conference centres were baptised in the name of the old continent. Indeed, the qualities recalled by it were many and all positive: strength, stability, safety, hope.

However, 20 years later, many of these structures do not exist anymore. The name Europe, after all, does not seem so popular or appealing as it used to be …’.

Therefore, Grand Hotel Europa starts from this premise. The project is a reflection on the political and humanitarian crisis experienced in recent years by the EU. Each series of work, centring on postcards from bygone times, explores the theme of nationalistic feelings, attitudes towards migration, and the way we seem to have fallen out of love with Europe.

Grand Hotel Europa by Alex Urso and curated by Margerita Pulè is at Studio 87, Valletta, from 10 – 17 October. It is supported by the Istituto Italiano di Cultura di Valletta in the context of Giornata del Contemporaneo, and Fairwinds Management, and is produced by Unfinished Art Space.

Read more posts about the arts scene in Malta here and here.