You are here: Home / ARTS / Iella Take Me Home: Emotions in transit 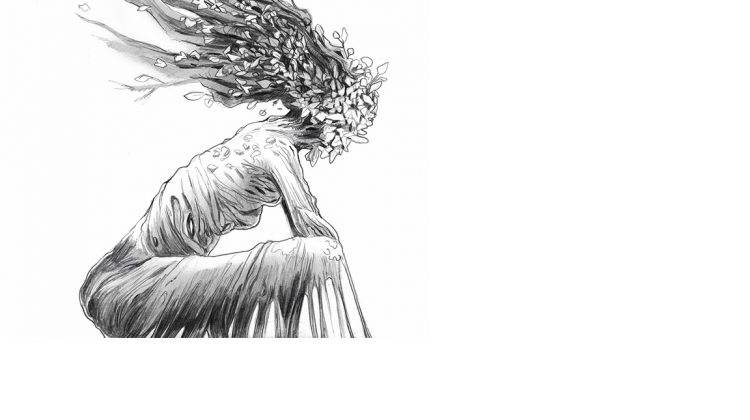 I’ve been following Iella’s work since I first saw her illustrations at one of the earliest editions of Malta Comic Con. So I was super happy to know that she is back in Malta for a brief interlude to show her new collection, Take Me Home, at Desko in Valletta.

The Malta show represents the second leg of this solo exhibition, which saw the first part taking place in London and which will eventually come to an end in Sydney. For those who are not familiar with Iella, she is currently based in the UK, and this arts exhibition is very much a representation of this ‘uprooting’ that she has experienced, particularly being in London during the COVID-19 lockdown.

I had a quick chat with the artist before viewing the works, and her words complement the passion and the hidden depths of her works. It is clear that Iella has put a lot of herself into this collection, and the result is a wonderful set of illustrations that speak to the emotions, leaving the viewers free to give it their interpretation of displacement, excitement, belonging, nostalgia or otherwise.

Iella’s strength has always been that of creating multi-layered works. Illustrations that may be based in the other-wordly, in enchanting creatures that speak to a darker imagination, but that also depict emotions very much grounded in human realities. Take Me Home follows this signature.

The collection is divided into four main segments, each reflecting a specific part of Iella’s journey. The first segment, Rooted, will strike a familiar chord for many, invoking feelings of not quite fitting in the place we call home, looking forward to new beginnings and new growth. The concept of displacement is represented by a series of anthropomorphized trees, each in a different stage of ‘uprooting’.

The overall tone is that of hope and new beginnings, as the subjects of the illustration give the impression of constantly moving forward. Yet, amid the hope, an undertone of wistfulness is inescapable.

This aura is even stronger in the second segment, Neither Here Nor There, which represents that in-between stage, the feeling that one doesn’t quite belong anywhere. Eyes and skulls, not necessarily human, feature heavily in this segment, adding to the feeling of disquiet.

The third segment, Lost Relationships, is pretty self-explanatory. A series of figures – some, I suspect, modeled on the artist herself, thus adding to the impact of the collection as a personal journey – and carcasses stare back at the viewer in an unmistakable statement of loss.

The third segment is the one that changes according to location. The one being shown at Desko is naturally called Malta and brings together national emblems, stereotypes and cultural images representing island life. The luzzu and the Pharaoh Hound, take on a more loaded meaning, with the ubiquitous signs of construction (such as the crane) also making an appearance.

There is also another section of the exhibition showcasing Iella’s works in transit, including her sketchbooks and some illustrations on airline sick bags dating as far back as 2012, a ritual for the artist whenever she travels.

Take Me Home is a wonderful comeback, a rare gem that you will want to revisit so as to discover the hidden meaning within the layers. It shows until December 1 (so hurry) and is supported by the Malta Arts Council.