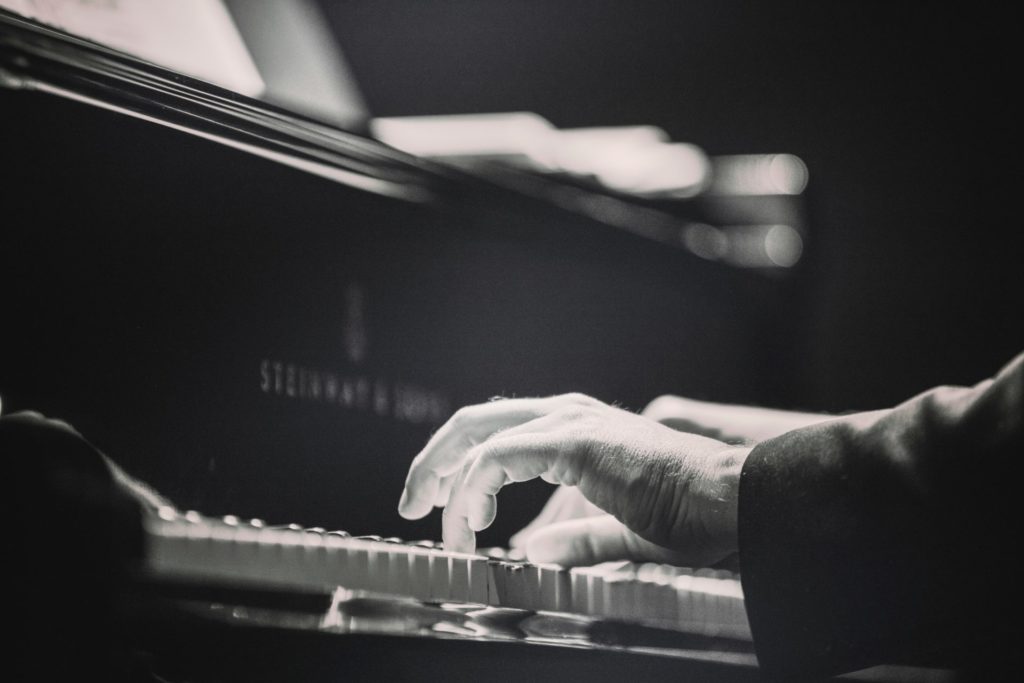 For years, a personal crisis of faith had caused pianist and composer Alex Vella Gregory to approach religion with “anger, bordering on self-destructive disdain”.

Today, instead, he creates beautiful sonatas, replete with symbolism, and described as a “catalyst for personal reflection“.

Now, he will be performing his Sonata No. 5 Litany and No. 6 Visions, at Palazzo la Salle in Valletta.

He describes both works as a natural progression from earlier works. While earlier pieces like Knejjes and Niċeċ focused more on sacred space, the two pieces that he will be performing at Palazzo La Salle revolve around the actual notion of faith and theology.

Here, he shares some thoughts about the processes that led to the birth of these works.

Q. You have been working on Sonatas for a while – are they connected by theme?

The following two years were spent working on Knejjes (Churches) – a piano cycle which looked at the churches of Valletta and what those represent. Piano Sonata No. 5 was thus a logical progression to these works where the focus was less on sacred space and more on theology and meaning.

The fifth sonata looks at 12 of the titles given to the Virgin Mary in the Litany of Loreto. Each title evokes strong poetic imagery and also raises many questions – questions that should be asked over and over again.

This is followed by the sixth sonata, which looks at three female visionary saints belonging to the Dominican Order. The focus is the hagiography of Dominican saints and their relevance to contemporary life.

Q. During this concert you will premier Vizjonijiet, the 6th piano sonata in your oevre and the first in a projected series of four sonatas. How have your works evolved in terms of music, mood etc?

The answer to that question is hard to pin down. There are too many references and influences that shape one’s outlook of the world, and even that is constantly evolving. I have always had a keen interest in ritual, faith, community, and identity.

All of these elements are present to varying degrees in my work. On top of that, there is the eternal dilemma of how to express such complex issues. The work abounds in musical symbolism and tight structural processes – nevertheless, it is all about the ultimate message.

Over the years I have become more flexible with my compositional processes, otherwise you risk ‘composing by numbers’ – i.e. creating works which are all process and no heart.

Imagine going for a meal and having the chef beside you throughout, explaining every ingredient and how it was cooked while you eat – hardly my idea of an enjoyable meal.

The same with any art form – the craftsmanship has to be there, but what matters is how well you can communicate an idea.

Q. You describe your sonatas as a form of ‘spiritual meditation’ – can you elaborate?

These works do not arise from dogmatic certainty but from a personal crisis of faith. For many years I approached faith with anger, bordering on self-destructive disdain, a sentiment that is equally as disastrous as dogmatic fundamentalism.

The scope of these sonatas is not to offer some kind of musical sermon but rather to act as a catalyst for personal reflection.

Ritual is great because it externalises our innermost beliefs and connects us with others. But, it has to stem from genuine faith.

Unfortunately, the Church has lost touch with its core values over the past few decades. The ‘modernisation’ of Vatican Council II ended up being superficial (for many complex reasons I will not go into here) – resulting in impoverished rituals bereft of meaning.

One of the reasons I am attracted to Dominican spirituality is its emphasis on community and study – faith has to come from an informed viewpoint and lived in one’s daily life. Anger, ignorance, self-absorbed individualism – they all separate us from each other.

These sonatas are not theological utterances but personal moments of doubt. They are the start of a conversation that has no resolution but needs to be had nonetheless. Rationality will not save us – nor will spirituality. We need both.

Q. Whence the inspiration for Viżjonijiet?

One of my earliest childhood memories was going to the feast of St Dominic in Valletta with my grandfather and walking down Merchants’ Street with its wonderful set of statues of Dominican saints.

I was always fascinated as to why these individuals were considered worthy of such attention. Upon further investigation, I realised that this was not just about miraculous apparitions and moments of ecstasy.

These were highly-intelligent men and women who lived lives of great hardship at the service of others, catering not only for people’s spiritual needs but also physical needs.

Once more, I turned to the piano sonata as a form through which to explore these elements. So far, only the first of a projected series of four sonatas has been written.

Each sonata will explore three Dominican saints and end with the same movement dedicated to St Dominic Gusman, the founder of the Order of Preachers.

The first of these, Piano Sonata No. 6 ‘Visions’, looks at three female saints: St Agnes of Montepulciano, St Rose of Lima, and St Catherine of Siena – three incredible women whose lives were marked by austerity, erudition, and mystical experiences.

It is the latter which is the focus in these works (hence the subtitle Visions). It is rather ironic that we live in an age where mystical experiences are dismissed as mere mental fantasies alien to reality. And, yet, we retreat more and more into an unreal virtual universe plagued by fake news and filtered images.

The themes of Piano Sonata No. 6 are not approached as pious nostalgia but as contemporary challenges to our existence.

Sacred Sonatas takes place on November 23 at 7.30PM at Palazzo De La Salle, Valletta. Tickets are available at the door.

For more posts about cultural events in Malta click here and here.